Scroll down to see all of the predictions, poll and statistics for FC Slovácko v Dynamo České Budějovice (plus the best game odds).

For FC Slovácko, the goals were scored by Marek Havlík (52') and Ondřej Mihálik (69'). Matěj Ryneš (27') was the scorer for Hradec Králové.

Analysis of their past results shows that FC Slovácko:

Following on from suffering a loss in their previous game against Sparta Prague in First League action, Dynamo České Budějovice and their travelling fans will hope for a better result here.

Going into this game, the form guide shows that Dynamo České Budějovice:

Looking at the statistics for their head to head duels going back to 10/11/2019, there has been little between the sides with FC Slovácko winning 2 of those games, Dynamo České Budějovice 2 and 2 being drawn in regulation time.

In all, 13 goals were scored between them in these games, with 6 for Slovácko and 7 belonging to Černý. The average goals per game has been 2.17.

The last league contest between these sides was First League match day 3 on 14/08/2022 and the score finished Dynamo České Budějovice 2-2 FC Slovácko.

The match was refereed by Dominik Starý.

The FC Slovácko manager Martin Svědík will be thankful to have no fitness worries at all coming into this clash thanks to a completely healthy squad to pick from.

Due to a completely injury-free group available to select from, the Dynamo České Budějovice boss Marek Nikl has no fitness worries at all ahead of this match.

We’re thinking that FC Slovácko should get the goals that they need when they meet Dynamo České Budějovice, who won’t find it easy getting on the scoresheet.

Our tip is for a pretty comfortable 2-0 win for FC Slovácko at the conclusion of the game. 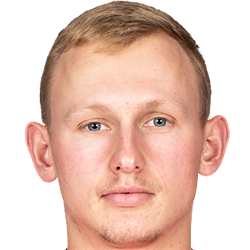 Typically deployed in the Striker position, Ondřej Mihálik was born in Czech Republic. After having played his first senior match for Baumit Jablonec in the 2014 - 2015 season, the dangerous Forward has managed 3 league goals in the First League 2022 - 2023 campaign to date in 14 appearances.

We have made these FC Slovácko v Dynamo České Budějovice predictions for this match preview with the best intentions, but no profits are guaranteed. Please always gamble responsibly, only with money that you can afford to lose. Best of luck with your selections.