Ingolstadt make the trip to Rudolf-Harbig-Stadion on Saturday for the 3rd Liga fixture with home team Dynamo Dresden.

Our Dynamo Dresden v Ingolstadt predictions, statistics and match poll can be seen below (plus the best game odds).

Dynamo Dresden enter this game following on from a 1-1 3rd Liga drawn result against Ingolstadt.

The only scorer from Dynamo Dresden was Stefan Kutschke (2'). Pascal Testroet (26') scored for Ingolstadt.

Dynamo Dresden haven’t had any problems with scoring, finding the back of the net every time they’ve gone out to play in their last 6 games.

They’ve hit an aggregate of 10 during that time while seeing the number of goals scored against them stand at 5.

In the course of their 6 most recent matches, Rüdiger Rehm's Ingolstadt have managed to stick the ball in the net 6 times therefore earning them a goals per game average of 1.

Taking a look at their past results, Ingolstadt:

Checking out their prior head to head meetings dating back to 25/11/2018, there is nothing to separate the two clubs with Dynamo Dresden winning 3 of those games, Ingolstadt 3 and 0 being draws in normal time.

A combined sum of 14 goals were yielded between them throughout the course of those matches, with 9 of them for Dresden and 5 netted by Ingolstadt. The average goals per game has been 2.33.

The previous league clash between these clubs was Bundesliga 2 match day 18 on 18/12/2021 when it finished Ingolstadt 3-0 Dynamo Dresden.

On that day, Ingolstadt managed 28% possession and 13 attempts on goal with 5 of them on target. The goalscorers were Nico Antonitsch (1') and Filip Bilbija (85').

For their opponents, Dynamo Dresden got 5 attempts on goal with 1 of them on target. Kevin Ehlers (17' Own goal) was the scorer.

From a largely healthy group of players, there’s only the one fitness problem for the Ingolstadt boss Rüdiger Rehm to be concerned about. Maximilian Dittgen (Hamstring Injury) won’t be in action.

Ingolstadt have it within them to get a goal against this Dynamo Dresden team, however that isn’t expected to be as many as they’ll concede.

We’re tipping a very close game with a 2-1 winning margin for Dynamo Dresden by the conclusion of the game. There shouldn’t be much in it, either way. 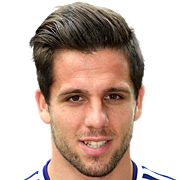 Normally playing in the Centre Midfield position, Ahmet Arslan was born in Memmingen, Germany. Having made his senior debut playing for Hamburg in the 2015 - 2016 season, the talented Midfielder has contributed 5 league goals in this 3. Liga 2022 - 2023 campaign so far from a total of 7 appearances.

We have made these Dynamo Dresden v Ingolstadt predictions for this match preview with the best intentions, but no profits are guaranteed. Please always gamble responsibly, only with money that you can afford to lose. Best of luck with your selections.