Hamburg will be hosting the visiting Eintracht Braunschweig at Volksparkstadion in the Bundesliga 2 match on Sunday.

Scroll down for all of our predictions, poll and stats for the Hamburg v Eintracht Braunschweig game - as well as the best betting odds.

Hamburg are hoping to win again after their last result, the 4-2 Bundesliga 2 success against SV Sandhausen.

At least three goals per match were seen in 5 of the last 6 meetings where Hamburg have participated. Their opponents scored 13 times in this period whereas Hamburg managed to get a total of 12. That sort of pattern won’t necessarily be carried forward into this next game, of course.

Their prior results show that Hamburg:

After suffering a loss in their previous game against Hansa Rostock in Bundesliga 2 action, Eintracht Braunschweig and their travelling supporters will be hoping that they can get a better result in this one.

It is worth noting that Eintracht Braunschweig have struggled for goals over their last 6 games, contributing the poor return of only 4. In those matches, Braunschweig have also seen the overall goal tally against them equal 7.

Their past results show that Eintracht Braunschweig:

A look at their prior head to head meetings dating back to 31/08/2013 tells us that Hamburg have won 5 of these games and Eintracht Braunschweig 1, with the number of drawn games standing at 0.

There were also plenty of goals scored in those games, 25 overall which averages out at 4.17 goals per meeting.

The last league clash between the two was Bundesliga 2 match day 1 on 17/07/2022 when it ended Eintracht Braunschweig 0-2 Hamburg.

On that day, Eintracht Braunschweig managed 30% possession and 24 attempts on goal with 7 of them on target.

For their opponents, Hamburg got 16 attempts at goal with 6 of them on target. Robert Glatzel (67', 76') was the scorer.

We’re of the view that Hamburg have it within them to stay in control for long periods of time and should be able to convert a few of the chances that they create.

In contrast, Eintracht Braunschweig will not find it easy getting on the scoresheet but we do fancy them seeing enough of the ball to score, too.

We therefore think that it’s going to be a fairly comfortable 3-1 margin for Hamburg at full-time. 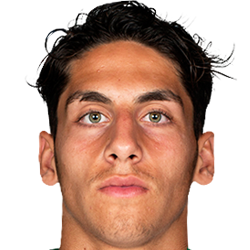 Typically taking to the field in the Centre Midfield position, Ludovit Reis was born in Netherlands. Having made his senior debut playing for FC Groningen in the 2017 - 2018 season, the talented Midfielder has struck 3 league goals in the 2. Bundesliga 2022 - 2023 season to date coming from a total of 17 appearances.

We have made these Hamburg v Eintracht Braunschweig predictions for this match preview with the best intentions, but no profits are guaranteed. Please always gamble responsibly, only with money that you can afford to lose.