Eintracht Frankfurt are the guests at Europa-Park Stadion on Wednesday for the Bundesliga 1 tie with hosts Freiburg.

For all of our match predictions, pre-game poll and statistics for Freiburg v Eintracht Frankfurt, scroll down (including the best match odds).

Freiburg won’t want a repeat of their last result here after the 6-0 Bundesliga 1 loss in their previous game against VfL Wolfsburg.

Fixtures involving Freiburg have usually been lively encounters recently with a lot of goalmouth action being a real hallmark. Over their past six games alone, the sum total of 21 goals have been recorded for both sides combined (at an average of 3.5 goals per game) with 10 of those belonging to Freiburg.

Heading into this contest, Freiburg are unbeaten in their last 6 league matches at home.

Eintracht Frankfurt will go into the game following a 3-0 Bundesliga 1 win to defeat Schalke in their last match.

Demonstrating their involvement in productive encounters, goals have been celebrated 20 times in the previous six matches in which Eintracht Frankfurt have taken to the field, yielding an average of 3.33 goals each fixture. Opposing teams have hit 7 of these goals. In any event, we will just have to wait and see if such a trend shall be sustained in this upcoming match or not.

Going into this game, the form guide shows that Eintracht Frankfurt:

If we look at their past head to head duels going back to 10/11/2019, there has been little to separate the clubs with Freiburg winning 2 of those games, Eintracht Frankfurt 2 and 2 being draws in regulation time.

A sum of 20 goals were scored between the two sides in these games, with 9 of them for Freiburg and 11 coming from Eintracht. The average number of goals per game works out to 3.33.

The previous league encounter between these sides was Bundesliga 1 match day 29 on 10/04/2022 which ended up with the score at Eintracht Frankfurt 1-2 Freiburg.

That day, Eintracht Frankfurt managed 53% possession and 18 attempts at goal with 5 on target. Their only player to score was Filip Kostić (54').

For their opponents, Freiburg got 12 attempts on goal with 4 on target. Vincenzo Grifo (27') and Nils Petersen (69') scored.

Looking at these two, we feel that Eintracht Frankfurt and Freiburg could both end up scoring in what appears to be a good match-up, with little separating these two teams.

Let’s see how this one goes, but it looks this could be a draw. We therefore see a tight encounter, finishing with a 1-1 score at full-time. 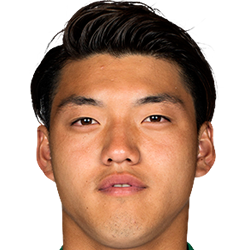 Regularly played in the Central Attacking Midfielder position, Ritsu Dōan was born in Amagasaki, Japan. Having made a first senior appearance for Gamba Osaka in the 2015 season, the talented Midfielder has struck 2 league goals in this Bundesliga 2022 - 2023 campaign to date in a total of 15 appearances.

While we have made these predictions for Freiburg v Eintracht Frankfurt for this match preview with the best of intentions, no profits are guaranteed. Always gamble responsibly, and with what you can afford to lose. Good luck!