Return to this page a few days before the scheduled game when this expired prediction will be updated with our full preview and tips for the next match between these teams.
Full-Time Result Prediction
👉
Stranraer to Win

Stranraer line up against visiting club Elgin City at Stair Park in this League Two clash on Saturday.

Full predictions, pre-match stats and user poll for Stranraer v Elgin City are shown on this page - as well as the best betting odds.

Stranraer will be looking to improve on their last outing here following the 3-1 League Two loss in their previous game against Edinburgh City.

It has not been often in recent games that Stranraer have kept a clean sheet. It will be a concern for them that Stranraer have been scored against in 5 of their previous 6 clashes, letting in 10 goals in the process. That kind of pattern isn’t assured to be carried forward here, however.

Heading into this contest, Stranraer have not emerged victorious against Elgin City in their previous 4 matches in the league.

Elgin City will go into the game following a 1-0 League Two win as they beat Cowdenbeath in their previous match.

The only scorer from Elgin City was Archie MacPhee (53').

The stats tell the story, and Elgin City have been scored against in 5 of their last 6 matches, seeing opposing sides hit 11 goals overall. At the back, Elgin City seem to have a bit of a soft underbelly.

Inspecting their prior head to head clashes dating back to 28/01/2012 tells us that Stranraer have won 2 of them and Elgin City 3, with the number of drawn games being 1.

Loads of goals were seen in those games, too - 25 in all at an average of 4.17 goals per meeting.

The Stranraer boss Jamie Hamill does not have any fitness concerns whatsoever ahead of this match with a completely healthy group to choose from.

With a fully injury-free squad available to select from, the Elgin City boss Gavin Price has zero fitness worries to report ahead of this clash.

In this game, Elgin City will likely create enough chances to breach the defence of this Stranraer team, but it realistically won’t be as many as they’ll concede.

We can see a tight encounter finishing with a 2-1 victory for Stranraer at full-time. It’s a very tough call. 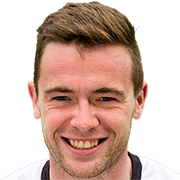 Regularly played in the Central Defensive Midfielder position, Grant Gallagher was born in Scotland. Having made a first senior appearance for Stranraer in the 2010 - 2011 season, the goalscoring Midfielder has bagged 2 league goals in the League Two 2021 - 2022 season to date in 12 appearances.

While we have made these predictions for Stranraer v Elgin City for this match preview with the best of intentions, no profits are guaranteed. Always gamble responsibly, and with what you can afford to lose. Good luck if you do place a bet today.