Hellas Verona line up against guests Empoli at Stadio Marcantonio Bentegodi in this Serie A clash on Monday.

Hellas Verona will play in this match coming off the back of a 1-1 Serie A draw versus SSC Napoli.

Hellas Verona have been on a persistent run of goalscoring form, netting in each and every one of their last 6 matches.

They have claimed a sum of 14 during that period and have conceded a total of 7.

A look at their previous results shows us that Hellas Verona:

Last time out, Empoli drew 2-2 in the Serie A match with Genoa.

In that match, Empoli had 52% possession and 10 shots at goal with 2 on target. For Empoli, the goalscorers were Federico Di Francesco (62') and Szymon Żurkowski (72'). Genoa had 15 attempts on goal with 7 on target. Domenico Criscito (13') and Flavio Bianchi (89') scored for Genoa.

Illustrating their bias toward productive encounters, we’ve seen goals 22 times in the previous 6 matches in which Empoli have played, yielding a mean average of 3.67 goals per clash. Their opponents have managed 13 of these goals. We will have to see if that trend will end up being continued on here.

Going into this encounter, Empoli are unbeaten in their last 2 away league matches.

An examination of their past head-to-head meetings stretching back to 26/12/2012 shows that Hellas Verona have won 1 of these & Empoli 2, with the tally of drawn games being 3.

In all, 7 goals were yielded between them in these games, with 3 for Verona and 4 belonging to Azzurri. The average number of goals per game works out to 1.17.

The previous league game between these clubs was Serie A match day 34 on 20/04/2016 when the final score was Empoli 1-0 Hellas Verona.

In that game, Empoli had 59% possession and 12 shots at goal with 7 on target. Their only player to score was Maccarone (50').

On the other side, Hellas Verona had 20 shots at goal with 6 of them on target.

The Hellas Verona manager Igor Tudor has zero fitness worries at all coming into this clash with a fully healthy squad available to select from.

Owing to a fully injury-free group available to choose from, the Empoli boss Aurelio Andreazzoli does not have any fitness worries to report before this clash.

We feel that in this game, Empoli are likely to score a goal against this Hellas Verona side, but that might not quite be as many as they’ll concede.

We reckon that it will be a very close game with a 2-1 advantage for Hellas Verona after 90 minutes. Expecting it to be very competitive. 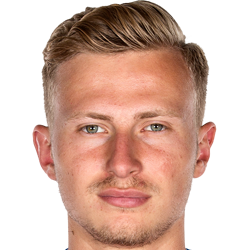 Customarily taking to the field in the Centre Midfield position, Antonín Barák was born in Czech Republic. Having made a first senior appearance for FK Příbram in the 2012 - 2013 season, the skilful Midfielder has hit 4 league goals in this Serie A 2021 - 2022 season to date coming from a total of 12 appearances.

We have made these Hellas Verona v Empoli predictions for this match preview with the best intentions, but no profits are guaranteed. Please always gamble responsibly, only with money that you can afford to lose. Good luck!