Return to this page a few days before the scheduled game when this expired prediction will be updated with our full preview and tips for the next match between these teams.
Full-Time Result Prediction
👉
Tokyo Verdy to Win

View all of the Tokyo Verdy v Fagiano Okayama predictions, poll and stats below (plus the best game odds).

Tokyo Verdy fans will want a repeat of their previous result, being the 1-2 J2 League victory against Renofa Yamaguchi.

For Tokyo Verdy, the goals were scored by Ryota Kajikawa (48') and Yūhei Satō (62'). Shuhei Otsuki (19') scored for Renofa Yamaguchi.

Ahead of this meeting, Tokyo Verdy have not won at home in their last 2 league games.

In their last fixture, Fagiano Okayama drew 1-1 in the J2 League match with FC Ryukyu.

The only player to score from Fagiano Okayama was Mitchell Duke (74'). Yu Tomidokoro (88') was the scorer for FC Ryukyu.

In 6 of the previous six games involving Fagiano Okayama, a relatively low number of goals have been struck between them and their opposition. The overall average number of goals per game during that spell comes to a mere 1.17, with the average goals for Okayama standing at 0.5. It will be interesting to find out if that trend can be sustained here.

A look at their previous results shows us that Fagiano Okayama:

A review of their prior head to head meetings dating back to 07/07/2018 shows that Tokyo Verdy have won 2 of these games & Fagiano Okayama 3, with the tally of drawn matches standing at 1.

A total of 9 goals were scored between them in these games, with 4 from Tokyo Verdy and 5 created by Okayama. The average goals per game has been 1.5.

The previous league clash between these sides was J2 League match day 17 on 05/06/2021 and the score finished Fagiano Okayama 0-1 Tokyo Verdy.

The match was refereed by Yu Fujita.

The Tokyo Verdy boss Takafumi Hori doesn’t have any fitness worries at all ahead of this clash with a fully healthy group to pick from.

We believe that Fagiano Okayama could find themselves up against it to breach the defence of this Tokyo Verdy lineup who should win and very possibly keep a clean sheet.

With that in mind, we reckon that it will be a very competitive game with a 1-0 advantage for Tokyo Verdy at the end of the match. 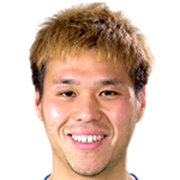 Regularly taking to the field in the Striker position, Jin Hanato was born in Kanagawa, Japan. Having made a first senior appearance for Yokohama F. Marinos in the 2010 season, the goalscoring Forward has managed 5 league goals in the J2 League 2021 season so far in a total of 29 appearances.

We have made these Tokyo Verdy v Fagiano Okayama predictions for this match preview with the best intentions, but no profits are guaranteed. Please always gamble responsibly, only with money that you can afford to lose. Best of luck with your selections.