Our Fagiano Okayama v V-Varen Nagasaki tips, poll and stats can be seen in full below (including the best match odds).

Fagiano Okayama will be looking to improve on their last outing here after the 1-0 J2 League defeat last time out to Tokushima Vortis.

Shota Fujio (53') was the scorer for Tokushima Vortis.

A recurring theme in more recent Fagiano Okayama games is the number of nil scores.

Taking their prior 6 matches before this one, in as many as 5 of them a bet on "Both Teams to Score" would've lost.

V-Varen Nagasaki go into this match following on from a 0-1 J2 League win vs Mito Hollyhock in their previous match.

The only player to score from V-Varen Nagasaki was Clayson (72').

Fábio Carille's V-Varen Nagasaki have seen their goal attempts be successful a total of 8 times in the course of their most recent 6 matches. The total of goals that they have conceded during that same period equals 10.

An examination of their prior head to head meetings going back to 20/10/2019 shows that Fagiano Okayama have won 2 of these & V-Varen Nagasaki 3, with the tally of drawn results standing at 1.

In all, 13 goals were yielded between them in this period, with 4 from Okayama and 9 being from VVN. That is an average goals per game value of 2.17.

The previous league meeting between the two was J2 League match day 19 on 29/05/2022 and the score finished V-Varen Nagasaki 0-0 Fagiano Okayama.

The referee was Koki Nagamine.

The Fagiano Okayama boss Takashi Kiyama will be grateful to have no fitness concerns whatsoever ahead of this clash thanks to a completely injury-free squad available to select from.

We believe that V-Varen Nagasaki and Fagiano Okayama may well both score, with little between these two teams.

There should be little in it, and a draw looks to be quite a realistic result. That’s why our selection here is for a close game with a 1-1 score draw after 90 minutes. 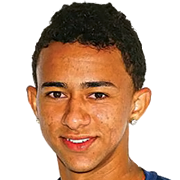 Mostly taking to the field in the Striker position, Tiago Alves was born in São João do Araguaia, Brazil. Having made a first senior appearance for Santos in the 2011 season, the accomplished Forward has bagged 15 league goals in the J2 League 2022 campaign so far in 30 appearances.

While we have made these predictions for Fagiano Okayama v V-Varen Nagasaki for this match preview with the best of intentions, no profits are guaranteed. Always gamble responsibly, and with what you can afford to lose. We wish you the best of luck.