The Allsvenskan meeting at Falcon Alkoholfri Arena on Saturday will see home team Falkenberg do battle with Örebro SK.

All Falkenberg v Örebro SK game predictions, stats and user poll are shown below - along with the latest match odds.

Falkenberg will be hoping for a better result following a 3-0 Allsvenskan loss in their previous game against BK Häcken.

In that match, Falkenbergs FF managed 43% possession and 9 shots at goal with 4 of them on target. On the other side, BK Häcken got 21 attempts at goal with 8 on target. Johan Hammar (4'), Patrik Wålemark (18') and Alexander Søderlund (38') scored for BK Häcken.

Three or more goals per match have been seen in 5 of the past 6 meetings where Falkenbergs FF have taken part. Their opponents scored 11 of them in this period while Falkenberg totted up 13. Such a pattern isn’t assured to be sustained here, of course.

Örebro SK come into this match following a 3-2 Allsvenskan win over IF Elfsborg in their last game.

Indicating their fondness for action-packed matches, we’ve seen goals 21 times in the previous 6 matches in which Örebro SK have sent out their troops, giving an average of 3.5 goals for each clash. Opposition teams have managed 9 from this total.

Ahead of this clash, Örebro SK haven’t won away from home in the past 4 league games.

A glance at their most recent head to head meetings dating back to 03/10/2015 shows that Falkenberg have won 2 of these games & Örebro SK 4, with the number of drawn games standing at 0.

20 goals were produced between them throughout the course of those matches, with 7 from Falkenberg and 13 belonging to Örebro. This gives an average number of goals per game equal to 3.33.

Falkenberg boss Hasse Eklund has no fitness concerns to speak of coming into this game with a completely injury-free squad to pick from.

With a completely healthy squad ready to go, Örebro SK boss Axel Kjäll does not have any fitness concerns to speak of ahead of this clash.

We are of the inclination to think that Örebro SK and Falkenberg could both end up scoring in a what should be a good tussle with little between the two teams.

Little in this one, and it’s almost too close to call. Therefore, we predict a very close game with a 1-1 score draw at the end of this game.

Both Teams to Score Prediction for Falkenberg vs Örebro SK
Yes 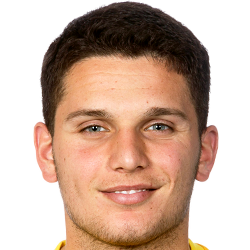 Usually used in the Striker position, Edi Sylisufaj was born in Sweden. Having made his senior debut playing for Falkenbergs FF in the 2016 season, the gifted Forward has scored a sum of 7 league goals in the Allsvenskan 2020 season to date from a total of 20 appearances.

We have made these Falkenberg v Örebro SK predictions for this match preview with the best intentions, but no profits are guaranteed. Please always gamble responsibly, only with money that you can afford to lose. Best of luck.