Fatih Karagümrük will be the visitors at Recep Tayyip Erdoğan Stadyumu on Sunday for the Super Lig fixture with home team Kasimpasa.

Our tips, poll and stats for Kasimpasa v Fatih Karagümrük can all be found here (including the best match odds).

Kasimpasa won’t want a repeat of their last result here following the 2-0 Super Lig loss in their previous game against Gaziantep.

It has been a rare occasion in recent games where Kasimpasa have managed to hold out for a full 90 minutes. In fact, Kasimpasa have failed to prevent opponents from scoring in 5 of their previous 6 matches, letting in 10 goals along the way. We will just have to see whether or not that trend will be continued on into this next match.

In the game prior to this, Fatih Karagümrük drew 1-1 in the Super Lig match with Galatasaray.

The last league contest featuring these clubs was Super Lig match day 26 on 20/02/2021 which finished with the scoreline of Kasimpasa 3-2 Fatih Karagümrük.

The Kasimpasa manager Şenol Can will be grateful to have no fitness concerns to speak of before this clash with a completely healthy group to pick from.

With a completely healthy group to pick from, the Fatih Karagümrük boss Francesco Farioli has no fitness concerns to report coming into this clash.

We feel that Fatih Karagümrük and Kasimpasa should both be able to find the back of the net here although it’s difficult to select a clear winner.

Let’s see how this one goes, but it looks this could be a draw. We therefore see a close game with a 1-1 score draw when all is said and done. 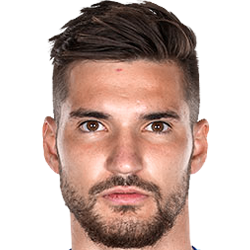 Mostly taking up the Centre Midfield position, Michal Trávník was born in Czech Republic. After making a first senior appearance for FC Slovácko in the 2011 - 2012 season, the goalscoring Midfielder has managed to score 2 league goals in the Süper Lig 2021 - 2022 campaign so far coming from a total of 12 appearances.

While we have made these predictions for Kasimpasa v Fatih Karagümrük for this match preview with the best of intentions, no profits are guaranteed. Always gamble responsibly, and with what you can afford to lose. Good luck!