The intriguing Europa League Qualifiers game on Thursday sees NK Osijek prepare for the clash with their opponents, FC Basel 1893.

Full predictions, pre-match stats and user poll for NK Osijek v FC Basel 1893 are shown on this page (including the best match odds).

NK Osijek are hoping to win again after their last result, a 3-0 Prva Liga success against Rijeka.

Ivica Kulešević's NK Osijek have seen rewards for their attempts on goal a sum total of 6 times in their preceding half-dozen outings. The comparative number of goals that have been scored against them in those fixtures amounts to 9.

After tasting defeat last time out to BSC Young Boys in Swiss Cup competition, FC Basel 1893 will be aiming to make amends here.

Ciriaco Sforza's FC Basel 1893 have turned their attacks into goals a total of 9 times throughout their most recent 6 matches. The aggregate of goals that they have conceded during that same period equals 7.

NK Osijek manager Ivica Kulešević has a full complement, with no fitness concerns at all coming into this clash thanks to a fully healthy group available to select from.

In our view, NK Osijek will have their work cut out to hit the back of the net against this FC Basel 1893 lineup who will likely emerge victorious.

We therefore think that it’s going to be a 0-1 winning margin for FC Basel 1893 after 90 minutes. 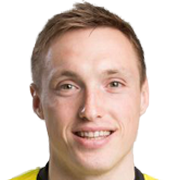 Generally played in the Centre Midfield position, Vedran Jugović was born in Osijek, Croatia. After making a first senior appearance for NK Osijek in the 2008 - 2009 season, the dangerous Midfielder has scored a sum of 2 league goals in this Prva Liga 2020 - 2021 season so far in 4 appearances.

While we have made these predictions for NK Osijek v FC Basel 1893 for this match preview with the best of intentions, no profits are guaranteed. Always gamble responsibly, and with what you can afford to lose. Best of luck with your selections.