Return to this page a few days before the scheduled game when this expired prediction will be updated with our full preview and tips for the next match between these teams.
Full-Time Result Prediction
👉
FC Haka to Win

The Veikkausliiga meeting at Tehtaan kenttä on Friday will see home team FC Haka do battle with Helsinki IFK.

Our FC Haka v Helsinki IFK tips, poll and stats can be seen in full below (plus the best game odds).

FC Haka will be looking for an improved result here following the 4-0 Veikkausliiga loss in their previous game against SJK.

FC Haka have not been in good attacking form of late. Their ‘goals for’ figure stands at just 3 versus opposition teams over their last six outings. In those meetings, FC Haka have also seen the number of goals scored against them come to 7. We shall soon find out if that trend can be sustained here.

Helsinki IFK will go into this game after a 0-3 Veikkausliiga win versus FC Honka in their last fixture.

During their 6 previous matches, Joaquín Gómez's Helsinki IFK have seen their goal attempts be successful 7 times - earning them the goals scored per game average of 1.17.

The previous league meeting between these clubs was Veikkausliiga match day 5 on 03/05/2021 when it ended Helsinki IFK 2-0 FC Haka.

The FC Haka boss Teemu Tainio doesn’t have any fitness worries at all ahead of this match owing to a fully healthy squad to choose from.

Due to a mostly available group of players, there is just the lone fitness worry for the Helsinki IFK manager Joaquín Gómez to be concerned about. Sakari Tukiainen (Knee Injury) misses out for this game.

Our feeling is that Helsinki IFK will manage to put a goal past this FC Haka side, but it probably won’t quite be enough to prevent defeat.

We’re going for both teams to score in a 2-1 win for FC Haka at full-time. Looking forward to seeing how this one unfolds. 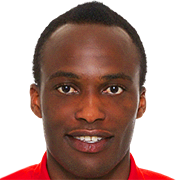 Typically used in the Left Wing position, Ishmael Yartey was born in Swedru, Ghana. After having made a senior debut playing for Beira-Mar in the 2009 - 2010 season, the goalscoring Forward has struck 2 league goals in this Veikkausliiga 2021 season so far in a total of 13 appearances.

We have made these FC Haka v Helsinki IFK predictions for this match preview with the best intentions, but no profits are guaranteed. Please always gamble responsibly, only with money that you can afford to lose. Good luck if you do place a bet today.