Halifax will be taking on visiting team Scunthorpe United at The Shay Stadium in this National League fixture on Wednesday.

Our predictions, user poll and statistics for Halifax v Scunthorpe United can be found here - along with the latest match odds.

Halifax will be hoping to bounce back here following a 1-0 National League loss in their previous game against Torquay United.

It has not been often in recent games that Halifax have kept a clean sheet. In fact, Halifax have been scored against in 5 of their previous 6 matches, leaking 7 goals along the way. We will have to see if that trend will end up being sustained into this next match.

After a losing effort in their last game against Woking in National League action, Scunthorpe United will be hoping to turn things around here.

Michael Nelson's Scunthorpe United have turned their attacks into goals a total of 6 times throughout their latest 6 matches. The total of goals that they have conceded during the equivalent period adds up to 12.

Looking at their most recent head-to-head meetings going back to 27/04/1999 shows that Halifax have won 2 of them and Scunthorpe United 3, with the tally of drawn results standing at 1.

A total of 15 goals were shared by the two clubs in these games, with 6 of them from The Shaymen and 9 for The Irons. That is an average goals per game value of 2.5.

The last league fixture featuring these clubs was National League match day 6 on 29/08/2022 when it finished Scunthorpe United 0-2 Halifax.

The referee was Lewis Smith.

The Halifax boss Chris Millington does not have any fitness worries whatsoever ahead of this clash with a completely injury-free squad ready to go.

Owing to a fully healthy group to pick from, the Scunthorpe United boss Michael Nelson does not have any fitness concerns whatsoever ahead of this game.

We’re of the view that Halifax will probably get a lot of shots on goal and make them count.

At the other end, Scunthorpe United are also probably going to find it difficult to score a goal of their own but we do think that it’s more than likely that they will be pulling one back during this clash, too.

We’re therefore anticipating a 3-1 margin for Halifax after 90 minutes. 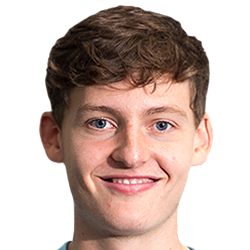 Mostly used in the Striker position, Rob Harker was born in Gargrave, England. Having played his first senior match for Halifax in the 2022 - 2023 season, the dangerous Forward has netted 4 league goals in the National League 2022 - 2023 campaign to date in a total of 21 appearances.

While we have made these predictions for Halifax v Scunthorpe United for this match preview with the best of intentions, no profits are guaranteed. Always gamble responsibly, and with what you can afford to lose. Good luck if you do place a bet today.