Going into this contest, FC Ingolstadt 04 have not been beaten in their last 8 home league matches. Visiting teams have certainly not had an easy time of it here. 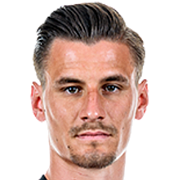 Customarily used in the Striker position, Stefan Kutschke was born in Dresden, Germany. After making a first senior appearance for SV Babelsberg 03 in the 2008 - 2009 season, the gifted Forward has accumulated 8 league goals in the 3rd Liga 2019 - 2020 season so far in a total of 23 appearances.

We have made these FC Ingolstadt 04 v KFC Uerdingen predictions for this match preview with the best intentions, but no profits are guaranteed. Please always gamble responsibly, only with money that you can afford to lose. Best of luck.