Return to this page a few days before the scheduled game when this expired prediction will be updated with our full preview and tips for the next match between these teams.
The 2. Liga game at Tivoli Stadion Tirol on Wednesday will see hosts Wacker Innsbruck lock horns with opponents FC Liefering. To see all of our predictions, user poll & stats for Wacker Innsbruck v FC Liefering, scroll down including the latest game odds.

Wacker Innsbruck will want to continue from where they left off last time out with a 0-1 2. Liga success versus Grazer AK. The only player to score from FC Wacker Innsbruck was Sunday Falaye (61').

Thomas Grumser's FC Wacker Innsbruck have hit the back of the net 8 times in their preceding 6 outings. The tally of goals that they have conceded in that same time amounts to 5.

A look at their previous results shows us that Wacker Innsbruck:

Proving their appetite for productive encounters, we’ve seen goals 22 times in the last 6 matches in which FC Liefering have played, yielding a mean average of 3.67 goals each clash. Their opponents have got 6 of these goals. Even so, we will just have to wait and see whether the trend shall continue on in this game or not.

Their prior results show that FC Liefering:

A glance at their most recent head-to-head meetings dating back to 02/05/2017 shows us that Wacker Innsbruck have won 3 of these & FC Liefering 1, with the tally of draws being 2.

A total of 16 goals were produced between them throughout the course of those matches, with 10 of them from Wacker and 6 belonging to Liefering. This gives an average number of goals per game equal to 2.67.

The last league fixture featuring these sides was 2. Liga match day 8 on 21/09/2019 when it ended FC Liefering 2-2 FC Wacker Innsbruck. The referee was Gabriel Gmeiner.

With a fully injury-free group available for selection, FC Liefering boss Bo Svensson has no fitness concerns to speak of before this game.

In our opinion, FC Liefering and Wacker Innsbruck could well end up finding themselves trading goals here. It will be interesting to see how this one goes, with a good chance of a draw and also of goals in the match. With that in mind, we reckon that it will be a very even match with a draw at full-time. 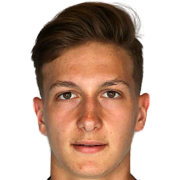 Generally taking to the field in the Central Attacking Midfielder position, Raphael Gallé was born in Austria. Having made a first senior appearance for FC Wacker Innsbruck in the 2016 - 2017 season, the accomplished Midfielder has got 4 league goals in this 2. Liga 2019 - 2020 season so far coming from a total of 18 appearances.

While we have made these predictions for Wacker Innsbruck v FC Liefering for this match preview with the best of intentions, no profits are guaranteed. Always gamble responsibly, and with what you can afford to lose. Best of luck.