FC Midtjylland will take to the pitch with visitors Randers at MCH Arena in this Superliga meeting on Friday.

Our FC Midtjylland v Randers tips, poll and stats can be seen in full below (plus the best game odds).

After a tense 4-3 penalty shootout, FC Midtjylland were victorious.

Fixtures featuring FC Midtjylland have often been entertaining ones of late with plenty of scoring expected. Over their past 6 games alone, a grand total of 21 goals have been recorded for both teams combined (at an average of 3.5 goals per game) with 14 of them accredited to FC Midtjylland. However, we’ll just have to find out whether that pattern might be replicated here in this match or not.

A quick look at their past head to head results going back to 19/04/2021 reveals that these fixtures have not been happy ones for Randers. They’ve not been able to get any wins whatsoever while FC Midtjylland have been too good for them, beating them in 67% of those games played.

An aggregate of 16 goals were scored between the two sides in these games, with 11 of them for Ulvene and 5 coming from Hestene. The average goals per game has been 2.67.

The last league meeting between the two was Superliga match day 10 on 22/05/2022 which finished with the scoreline of FC Midtjylland 3-2 Randers.

On that occasion, FC Midtjylland managed 54% possession and 18 attempts at goal with 10 of them on target. The goalscorers were Gustav Isaksen (8'), Anders Dreyer (37'), Henrik Dalsgaard (72' Own goal) and Evander (80').

At the other end, Randers got 10 shots at goal with 5 of them on target. Tosin Kehinde (42') was the scorer.

The referee was Jakob Kehlet.

There is just the lone fitness concern for the FC Midtjylland boss Bo Henriksen to be concerned with from a near full-strength group. Elías Rafn Ólafsson (Fractured Arm) is sidelined.

From a largely full-strength group, there’s just the one fitness issue for the Randers boss Thomas Thomasberg to contend with. Mikkel Kallesöe (Shoulder fracture) won’t be playing here.

In our view, FC Midtjylland can and should see a lot of the ball and convert quite a few goal-scoring opportunities.

Conversely, Randers will be up against it to get a goal of their own although we do reckon that they could well end up getting the chances to score, too.

Our tip is for a comfortable 3-1 winning score for FC Midtjylland when the full-time whistle blows. 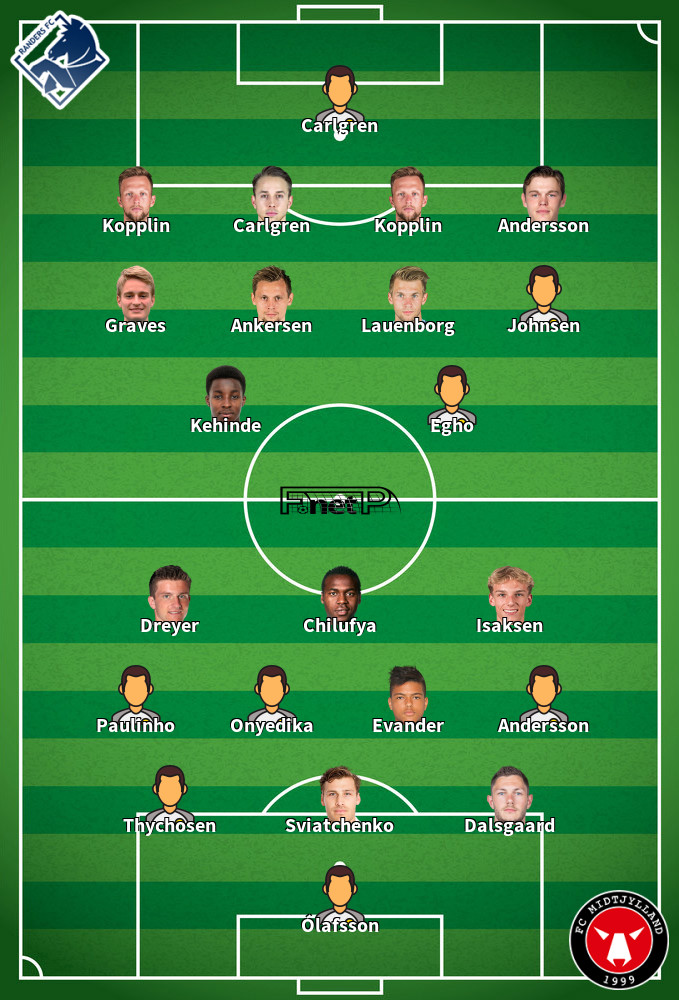 While we have made these predictions for FC Midtjylland v Randers for this match preview with the best of intentions, no profits are guaranteed. Always gamble responsibly, and with what you can afford to lose. Good luck with your selections.