Viborg FF journey to Right To Dream Park on Saturday for the Superliga game with hosts FC Nordsjælland.

Our FC Nordsjælland v Viborg FF predictions, statistics and match poll can be seen below - as well as up-to-date odds.

FC Nordsjælland will want to continue from where they left off last time out with the 2-1 Superliga victory versus Lyngby BK.

A look at their previous results shows us that FC Nordsjælland:

Viborg FF will come into the clash after a 3-0 Conference League Qualifiers win with the eclipse of B36 Tórshavn in their most recent game.

For Viborg FF, the goalscorers were Clint Leemans (48') and Marokhy Ndione (52').

Over the course of their previous half-dozen clashes, Viborg FF have bagged a total of 12 goals. Viborg FF have also managed to score on each one of those occasions. During those fixtures, they’ve seen 6 goals go into their own net. We shall soon find out if that trend will be sustained here.

Checking on their most recent head-to-head meetings dating back to 15/07/2016 tells us that FC Nordsjælland have won 3 of these games & Viborg FF 1, with the number of drawn matches standing at 2.

The previous league clash featuring these sides was Superliga match day 6 on 29/04/2022 which finished with the scoreline of Viborg FF 1-1 FC Nordsjælland.

In that match, Viborg FF had 40% possession and 7 shots at goal with 3 of them on target. Their only player to score was Clint Leemans (78').

On the other side, FC Nordsjælland got 12 shots at goal with 6 on target. Daniel Svensson (84') scored.

The FC Nordsjælland manager Flemming Pedersen doesn’t have any fitness worries at all coming into this clash owing to a completely injury-free group to choose from.

With a fully injury-free squad to pick from, the Viborg FF boss Jacob Friis doesn’t have any fitness concerns to speak of coming into this clash.

We’re inclined to think that Viborg FF and FC Nordsjælland could end up without much reward for their efforts here.

Let’s see how this one goes, but it looks this could be a game with minimal goal-scoring opportunities. That’s why our selection here is for a tight encounter, finishing with a 0-0 draw when the referee blows the final whistle. 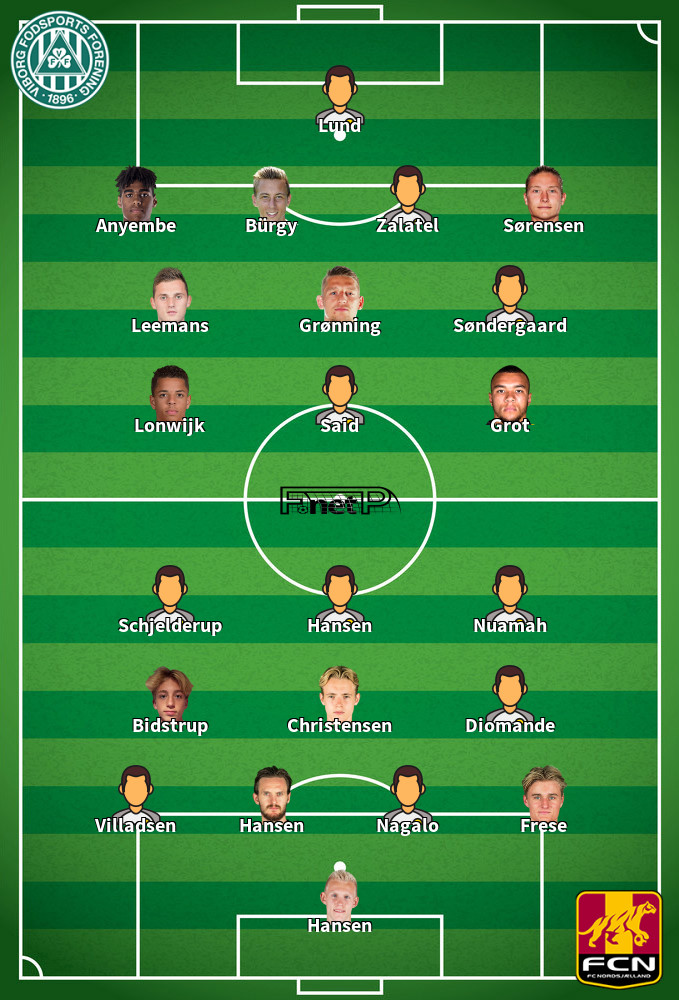 Normally used in the Left Wing position, Andreas Schjelderup was born in Bodø, Norway. After making a first senior appearance for FC Nordsjælland in the 2020 - 2021 season, the accomplished Forward has contributed 2 league goals in the Superliga 2022 - 2023 season so far in 3 appearances.

While we have made these predictions for FC Nordsjælland v Viborg FF for this match preview with the best of intentions, no profits are guaranteed. Always gamble responsibly, and with what you can afford to lose. Best of luck with your selections.