View all of the Fortuna Sittard v FC Twente predictions, poll and stats below - as well as the best betting odds.

Fortuna Sittard will be hoping for a repeat of their last result, following the 0-3 Eredivisie victory versus ADO Den Haag.

In that match, Fortuna Sittard managed 48% possession and 19 shots on goal with 5 on target. For Fortuna Sittard, goals were scored by Zian Flemming (39'), Sebastian Polter (48') and Tesfaldet Tekie (77'). ADO Den Haag had 18 shots at goal with 3 on target.

It’s been all too rare in recent times where Fortuna Sittard have shown defensive steel. It will be a concern for them that Sittard have seen their defence breached in 5 of their previous 6 games, letting in 10 goals along the way. That kind of pattern might not be sustained into this match, however.

A look at their previous results shows us that Fortuna Sittard:

Following on from a losing effort in their last game against FC Utrecht in Eredivisie competition, FC Twente and their fans will hope to get a better result this time.

In that match, FC Twente managed 49% possession and 9 shots on goal with 4 on target. The only player on the scoresheet for FC Twente was Danilo Pereira (28'). FC Utrecht had 12 shots at goal with 5 of them on target. Sander van de Streek (49') and Gyrano Kerk (55') scored for FC Utrecht.

The strike force from FC Twente have suffered from a lack of goals over their last six games, netting the disappointing return of just 4. In those fixtures, De Tukkers have also seen the overall goal tally of opposing teams equal 10.

Heading into this contest, FC Twente are without a win away from home in their last 4 league matches.

A review of their most recent head-to-head clashes stretching back to 14/10/2000 tells us that Fortuna Sittard have won 1 of them and FC Twente 3, with the tally of draws standing at 2.

A combined sum of 15 goals were scored between them during those clashes, with 6 from Sittard and 9 for De Tukkers. The average number of goals per game works out to 2.5.

The previous league fixture between these clubs was Eredivisie match day 1 on 12/09/2020 when it finished FC Twente 2-0 Fortuna Sittard.

With a fully injury-free group ready to go, FC Twente manager Ron Jans does not have any fitness worries whatsoever coming into this game.

In this match, Fortuna Sittard are certainly able to score against this FC Twente team, although just one goal probably shouldn’t be enough to give them the result that they want. 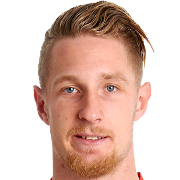 Typically taking to the field in the Striker position, Sebastian Polter was born in Wilhelmshave, Germany. After having played his first senior match for VfL Wolfsburg in the 2011 - 2012 season, the gifted Forward has hit 9 league goals in this Eredivisie 2020 - 2021 campaign so far coming from a total of 28 appearances.

We have made these Fortuna Sittard v FC Twente predictions for this match preview with the best intentions, but no profits are guaranteed. Please always gamble responsibly, only with money that you can afford to lose. Good luck with your selections.