FC Utrecht will be the visitors at Abe Lenstra Stadion on Saturday for the Eredivisie game with home team SC Heerenveen.

SC Heerenveen will play in this match following a 2-2 Eredivisie drawn game vs PSV Eindhoven.

Over their prior 6 fixtures, Johnny Jansen's SC Heerenveen have found the net 6 times which gives them an average number of goals per match equal to 1.

Their prior results show that SC Heerenveen:

FC Utrecht will come into the encounter after a 3-2 Eredivisie win against Willem II in their most recent match.

FC Utrecht have attacked well in their most recent fixtures, scoring 12 goals in their last 6 matches. Having said that, Utreg have been somewhat leaky at the back, having also been scored against in 5 of those same clashes. That being said, time will tell if that pattern shall persist in this upcoming match.

Leading up to this clash, FC Utrecht:

An examination of their most recent head to head clashes going back to 09/05/2018 shows us that SC Heerenveen have won 1 of these & FC Utrecht 3, with the tally of drawn games standing at 2.

The previous league clash between these sides was Eredivisie match day 4 on 02/10/2020 when it finished FC Utrecht 1-1 SC Heerenveen.

The referee was Pol van Boekel.

Utrecht manager René Hake has not got a full squad to pick from. Justin Hoogma (Ankle Injury), Mimoun Mahi (Meniscus irritation) and Simon Gustafson (Unknown Injury) are not ready for selection.

Looking at these two teams, we feel that SC Heerenveen will have to work hard as a team to be putting a goal past this FC Utrecht team who we reckon should score at least once to gain the upper hand.

We’re therefore predicting a very even contest with a 0-1 win for FC Utrecht at the end of this game. 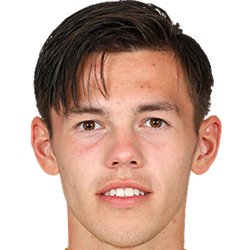 Mostly taking up the Right Wing position, Mitchell van Bergen was born in Oss, Netherlands. Having played his first senior match for Vitesse in the 2015 - 2016 season, the goalscoring Forward has bagged 4 league goals in this Eredivisie 2020 - 2021 campaign to date from a total of 29 appearances.

We have made these SC Heerenveen v FC Utrecht predictions for this match preview with the best intentions, but no profits are guaranteed. Please always gamble responsibly, only with money that you can afford to lose. We wish you the best of luck.