Rapid Vienna II will face off against visiting rivals Wacker Innsbruck at Allianz Stadion in the 2. Liga tie on Saturday.

Our Rapid Vienna II v FC Wacker Innsbruck predictions, statistics and match poll can be seen below (plus the best game odds).

It’s been all too rare in recent times where Rapid Vienna II have kept a clean sheet. It will be a concern for them that Rapid Vienna II have failed to prevent opponents from scoring in 5 of their previous 6 matches, shipping 12 goals along the way. Such a trend might not be carried forward here, however.

In that match, Rapid Vienna II managed 52% possession and 7 shots at goal with 2 on target.

For their opponents, FC Wacker Innsbruck got 5 attempts on goal with 4 of them on target. Marco Holz (12') and Ronivaldo (21') scored.

The match was refereed by Arnes Talic.

The Rapid Vienna II manager Franz Maresch has a full complement, with no fitness concerns whatsoever ahead of this match thanks to a fully healthy squad to pick from.

Our assessment is that Rapid Vienna II have the firepower to put one past this FC Wacker Innsbruck side, although one goal may not quite prevent them from conceding a couple at the other end.

We’re therefore tipping both teams to score in a 1-2 winning score for FC Wacker Innsbruck when all is said and done. It’s a very tough call. 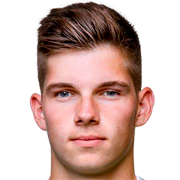 Mostly played in the Central Attacking Midfielder position, Nicholas Wunsch was born in Austria. Having played his first senior match for Rapid Vienna in the 2018 - 2019 season, the goalscoring Midfielder has scored a sum of 3 league goals in the 2. Liga 2021 - 2022 campaign so far coming from a total of 9 appearances.

We have made these Rapid Vienna II v FC Wacker Innsbruck predictions for this match preview with the best intentions, but no profits are guaranteed. Please always gamble responsibly, only with money that you can afford to lose. We wish you the best of luck.