Kasimpasa will arrive at Şükrü Saracoğlu Stadyumu on Sunday for the Super Lig game with home side Fenerbahçe.

Our full set of predictions, statistics and match poll for Fenerbahçe v Kasimpasa can be seen below - as well as the best betting odds.

Fenerbahçe will be looking for a repeat result of a 1-2 Super Lig success against Ümraniyespor.

Heading into this fixture, Fenerbahçe haven't been beaten in the league by Kasimpasa in their last 5 matches.

After being defeated in their last game at the hands of İstanbul Başakşehir in Super Lig competition, Kasimpasa and their travelling supporters will be hoping that they can get a better result in this one.

In a total of 6 out of the previous 6 games featuring Kasimpasa, a minimum of three goals have been struck. The overall average goals scored per game during that time is 3.67, with the number of goals averaged by Kasimpasa standing at 1.67. In any event, we’ll just have to find out if that pattern will continue on in this match or not.

A look at their prior head to head clashes dating back to 21/06/2020 tells us that Fenerbahçe have won 5 of them & Kasimpasa 1, with the number of drawn games standing at 0.

Those games weren’t short on goals, either, with 22 overall which averages out at 3.67 goals per match.

The previous league game between these clubs was Super Lig match day 2 on 15/08/2022 when it ended Kasimpasa 0-6 Fenerbahçe.

On that occasion, Kasimpasa managed 28% possession and 6 attempts on goal with 2 on target.

The Fenerbahçe manager Jorge Jesus will be thankful to have no fitness worries whatsoever coming into this game owing to a fully injury-free squad available to choose from.

Thanks to a mainly available squad, there is just the lone fitness problem for the Kasimpasa manager Selçuk İnan to contend with. Florent Hadergjonaj (Unknown Injury) misses out for this game. Ineligible players who cannot play in this game through suspension are Jeffrey Bruma, Fodé Koita and Mortadha Ben Ouanes.

We feel that Fenerbahçe are likely to be able to create a decent number of chances and shots on target.

At the other end, Kasimpasa are also probably going to find it difficult to find the back of the net but we do think that it’s more than likely that they will be pulling one back during this clash.

We’re therefore expecting to see a decent 3-1 victory for Fenerbahçe at full-time. 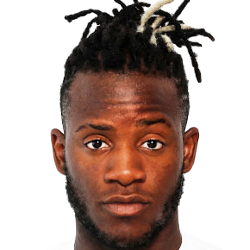 Typically playing in the Striker position, Michy Batshuayi was born in Brussels, Belgium. After making a first senior appearance for Standard Liège in the 2010 - 2011 season, the skilful Forward has struck 9 league goals in the Süper Lig 2022 - 2023 campaign so far from a total of 13 appearances.

We have made these Fenerbahçe v Kasimpasa predictions for this match preview with the best intentions, but no profits are guaranteed. Please always gamble responsibly, only with money that you can afford to lose. Best of luck with your selections.