Flamengo are set to play against Junior in Thursday’s forthcoming Copa Libertadores meeting.

Our predictions, user poll and statistics for Flamengo v Junior can be found here (plus the best game odds).

Flamengo fans will want a repeat of their previous result, being a 1-5 Série A success versus Corinthians.

It’s been seldom in recent games that Flamengo haven’t conceded. It will be a concern for them that Fla have seen their defence breached in 5 of their previous 6 matches, leaking 5 goals on the way.

Since tasting defeat last time out to Barcelona SC in Copa Libertadores competition, Junior will be aiming to make amends here.

The stats don’t lie, and Junior have been scored against in 6 of their last 6 matches, with opponents netting 10 goals in all. In defence, El Tiburón have been far from perfect. That pattern isn’t assured to be carried forward into this match, of course.

We envisage that Flamengo look likely to get the goals that they need when they play Junior, who will not find it easy to score.

We can therefore see a fairly comfortable 2-0 victory for Flamengo come full-time. 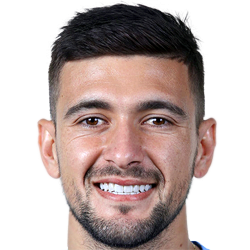 Mostly playing in the Central Attacking Midfielder position, Giorgian De Arrascaeta was born in Nuevo Berlín, Uruguay. After having made a senior debut playing for Defensor Sporting in the 2012 - 2013 season, the accomplished Midfielder has got 3 league goals in the Série A 2020 campaign to date coming from a total of 10 appearances.

While we have made these predictions for Flamengo v Junior for this match preview with the best of intentions, no profits are guaranteed. Always gamble responsibly, and with what you can afford to lose. Good luck!