Forest Green Rovers will be at Kassam Stadium on Saturday for the League One fixture with home team Oxford United.

Scroll down to see all of the predictions, poll and statistics for Oxford United v Forest Green Rovers (including the best match odds).

Oxford United will want to continue from where they left off last time out with a 4-0 League One success versus Port Vale.

Oxford United haven’t had any problems with scoring, finding the back of the net in each and every one of their last 6 matches.

They’ve hit an aggregate of 11 during that time and have conceded a total of 6.

Taking a look at their past results, Oxford United:

Following on from being defeated in their last game at the hands of Wycombe Wanderers in League One competition, Forest Green Rovers and their travelling supporters will be hoping that they can get a better result in this one.

Looking at their prior head to head meetings dating back to 01/03/2008 shows us that Oxford United have won 2 of these and Forest Green Rovers 0, with the number of draws being 4.

12 goals were shared by the two clubs in this period, with 7 for The U's and 5 created by The Green Devils. The average goals per game has been 2.

The Oxford United manager Karl Robinson will be happy not to have any fitness concerns whatsoever coming into this game with a fully injury-free squad available to select from.

With a fully healthy group available to choose from, the Forest Green Rovers boss Ian Burchnall has zero fitness worries at all before this match.

In this game, Oxford United should stay in control for long periods of time and should be able to convert a few of the chances that they create.

In contrast, Forest Green Rovers will not find it easy to break down their defence although we do think that they will probably end up being dangerous for periods. 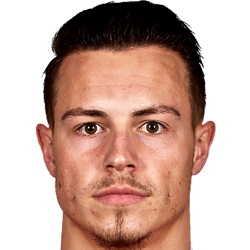 Mostly played in the Right Wing position, Billy Bodin was born in Swindon, England. After having made a senior debut playing for Swindon Town in the 2010 - 2011 season, the goalscoring Forward has scored 3 league goals in this League One 2022 - 2023 season to date coming from a total of 15 appearances.

We have made these Oxford United v Forest Green Rovers predictions for this match preview with the best intentions, but no profits are guaranteed. Please always gamble responsibly, only with money that you can afford to lose. Good luck with your selections.