All Vissel Kobe v Gamba Osaka match predictions, user poll and stats are shown below including the latest game odds.

Vissel Kobe, who won their previous game, will hope for a similar result following the 2-1 J1 League triumph vs FC Tokyo.

Takayuki Yoshida's Vissel Kobe have netted 8 times in their last six outings. At the other end, the number of goals that they have conceded in those same fixtures amounts to 8.

Ahead of this clash, Vissel Kobe are undefeated in their last 2 home league matches.

In their previous fixture, Gamba Osaka drew 0-0 in the J1 League match with FC Tokyo.

The trend of at least one side getting a clean sheet in games featuring Gamba Osaka has been apparent in recent matches. Examining their last six games shows that this has happened 5 times. In these clashes, opposing sides have hit a goal tally of 10 while Gamba Osaka have scored 5.

Heading into this fixture, Gamba Osaka are undefeated in their last 2 away league matches.

A glance at their most recent head-to-head meetings going back to 02/08/2019 shows that Vissel Kobe have won 2 of these games & Gamba Osaka 3, with the number of drawn results standing at 1.

In all, 13 goals were produced between them throughout the course of those matches, with 5 of them for Ushi and 8 for Gamba Osaka. That’s an average goals per game figure of 2.17.

The previous league encounter featuring these clubs was J1 League match day 12 on 08/05/2022 when it ended Gamba Osaka 2-0 Vissel Kobe.

That day, Gamba Osaka managed 57% possession and 31 shots at goal with 6 of them on target. The goals were scored by Kyung-Won Kwon (81') and Wellington Silva (91').

For their opponents, Vissel Kobe had 4 attempts on goal with 3 on target.

The referee was Akihiko Ikeuchi.

Gamba Osaka manager Hiroshi Matsuda has a number of players out of action. Takashi Usami (Achilles tendon rupture) and Rihito Yamamoto (Fractured Foot) will miss out on this game.

Our thinking is that Gamba Osaka are likely to put a goal past this Vissel Kobe lineup, however it is unlikely to be enough to avoid defeat.

Our selection here is for a narrow 2-1 winning margin for Vissel Kobe at full-time. Let’s wait and see how it plays out. 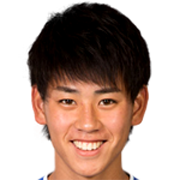 Mostly taking up the Left Attacking Midfielder position, Koya Yuruki was born in Japan. After having played his first senior match for Montedio Yamagata in the 2014 season, the dangerous Midfielder has managed to score 4 league goals in the J1 League 2022 campaign so far in a total of 25 appearances.

While we have made these predictions for Vissel Kobe v Gamba Osaka for this match preview with the best of intentions, no profits are guaranteed. Always gamble responsibly, and with what you can afford to lose. Good luck if you do place a bet today.