Return to this page a few days before the scheduled game when this expired prediction will be updated with our full preview and tips for the next match between these teams.
Full-Time Result Prediction for Göztepe vs Gaziantep
Göztepe to Win
Gaziantep make the trip to Gürsel Aksel Stadium on Saturday for the Süper Lig showdown with hosts Göztepe.

In our view, Göztepe look likely to be able to score a couple when they come up against Gaziantep, who might well find it difficult to get a goal of their own. We’re therefore anticipating a controlled 2-0 victory for Göztepe when all’s said and done. All Göztepe v Gaziantep game predictions, stats and user poll are shown below (including the best match odds).

Coming into this fixture, Göztepe have not been beaten in the league by Gaziantep in their previous 3 games. 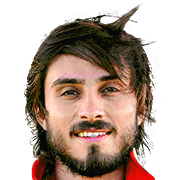 Mostly played in the Left Attacking Midfielder position, Halil Akbunar was born in İzmir, Turkey. After making a first senior appearance for Göztepe in the 2017 - 2018 season, the skilful Midfielder has contributed 5 league goals in the Süper Lig 2019 - 2020 season to date in 21 appearances.

While we have made these predictions for Göztepe v Gaziantep for this match preview with the best of intentions, no profits are guaranteed. Always gamble responsibly, and with what you can afford to lose. We wish you the best of luck.