Gençlerbirliği will host visiting side Konyaspor at Eryaman Stadyumu in the Süper Lig tie on Saturday.

All Gençlerbirliği v Konyaspor match predictions, user poll and stats are shown below (plus the best game odds).

Gençlerbirliği will be looking for an improved result here after a 2-0 Süper Lig loss in their previous game against Antalyaspor.

Gençlerbirliği have struggled with their forward play of late. Their sum of goals equals just 4 against opposing sides during the course of their last 6 fixtures. In those meetings, Ankara Rüzgârı have also seen the number of goals that have gone against them come to 9.

Looking at the pre-match facts, Gençlerbirliği:

Following on from suffering a loss in their previous game against Alanyaspor in Süper Lig action, Konyaspor and their fans will hope to get a better result this time.

The stats tell the story, and Konyaspor have been scored against in 5 of their last 6 matches, seeing opposing sides hit 15 goals in total. Defensively, Konyaspor seem to have a bit of a soft underbelly. We will find out whether or not that trend can be sustained into this next match.

Coming into this clash, Konyaspor have left without a victory over Gençlerbirliği when they have played them away from home in the previous 3 league games.

A review of their most recent head to head clashes dating back to 18/09/2016 shows that Gençlerbirliği have won 3 of them & Konyaspor 1, with the number of drawn games standing at 2.

A sum of 15 goals were shared by the two clubs during those clashes, with 8 for Ankara Rüzgârı and 7 being from Konyaspor. The average number of goals per game works out to 2.5.

The last league encounter between the two was Süper Lig match day 27 on 14/06/2020 when it ended Gençlerbirliği 2-1 Konyaspor.

Gençlerbirliği manager Hamza Hamzaoğlu will be grateful not to have any fitness concerns to speak of ahead of this game thanks to a completely healthy squad to choose from.

In our view, Konyaspor could well find it tough to score against this Gençlerbirliği outfit who we reckon will end up scoring and possibly keep a clean sheet as well.

Therefore, we predict a hard-fought contest, finishing with a 1-0 winning margin for Gençlerbirliği when the full-time whistle blows.

Over/Under 2.5 Goals Prediction for Gençlerbirliği vs Konyaspor
Under 2.5 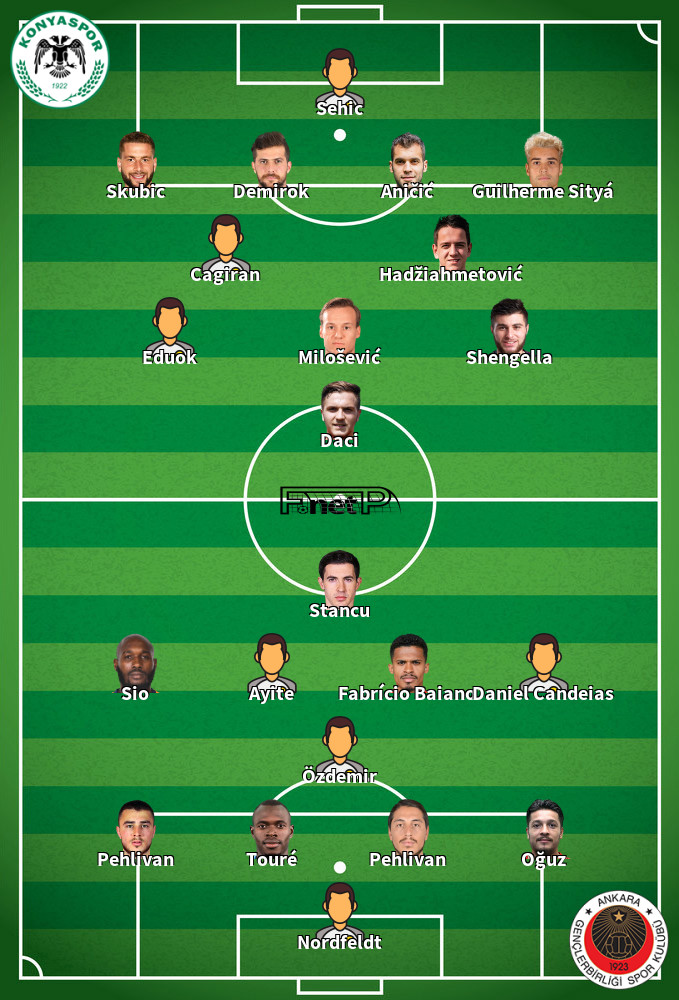 While we have made these predictions for Gençlerbirliği v Konyaspor for this match preview with the best of intentions, no profits are guaranteed. Always gamble responsibly, and with what you can afford to lose. We wish you the best of luck.