The Serie A match at Stadio Luigi Ferraris on Saturday will see home side Genoa playing Hellas Verona.

Our predictions, user poll and statistics for Genoa v Hellas Verona can be found here - plus the latest betting odds.

Genoa head into this match following on from a 2-2 Serie A draw versus Bologna.

In that match, Genoa had 40% possession and 11 shots on goal with 6 of them on target. For Genoa, the goals were scored by Mattia Destro (55') and Domenico Criscito (89'). Bologna had 17 attempts on goal with 6 on target. Aaron Hickey (49') and Marko Arnautović (85') scored for Bologna.

Three or more goals per match have been seen in 6 of the last 6 fixtures where Genoa have taken part. Opposing sides scored 14 of them in this period whereas Genoa bagged a total of 10. That kind of pattern won’t necessarily be carried forward here, however.

Their past results show that Genoa:

In the game prior to this, Hellas Verona drew 2-2 in the Serie A tie with Salernitana.

Proving their penchant for eventful matches, goals have been seen as many as 22 times in the previous six games in which Hellas Verona have played, yielding a mean average of 3.67 goals each fixture. Opposing teams have managed 11 of those goals.

Coming into this fixture, Hellas Verona have not won away from home in their last 6 league games.

A glance at their prior head to head meetings stretching back to 04/12/2017 tells us that Genoa have won 3 of them and Hellas Verona 1, with the tally of drawn matches being 2.

A total of 15 goals were scored between them during those clashes, with 10 of them for Il Grifone and 5 coming from Verona. The average number of goals per game works out to 2.5.

The last league fixture featuring these clubs was Serie A match day 23 on 20/02/2021 which finished with the scoreline of Genoa 2-2 Hellas Verona.

For their opponents, Hellas Verona had 9 attempts on goal with 3 of them on target. Ivan Ilić (17') and Davide Faraoni (61') scored.

Our thinking is that Genoa will need to push hard to get anything against this Hellas Verona outfit who will likely score at least once to gain the upper hand.

With that in mind, we reckon that it will be a very even match with a 0-1 win for Hellas Verona at the end of the match. 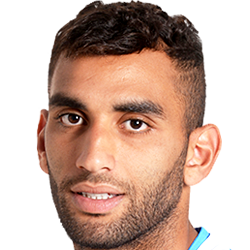 Regularly taking up the Left Wing position, Mohammed Fares was born in Aubervilliers, France. Having made his senior debut playing for Hellas Verona in the 2014 - 2015 season, the goalscoring Forward has struck 2 league goals in the Serie A 2021 - 2022 campaign so far in 2 appearances.

While we have made these predictions for Genoa v Hellas Verona for this match preview with the best of intentions, no profits are guaranteed. Always gamble responsibly, and with what you can afford to lose. We wish you the best of luck.