The League Two fixture at Rodney Parade on Saturday will see home side Newport County ready themselves for the visit of Gillingham.

To see all of our predictions, user poll & stats for Newport County v Gillingham, scroll down (plus the best game odds).

Newport County will be looking for an improved result here following a 1-2 League Two defeat in their last game at the hands of Stockport County.

The only scorer from Newport County was Aaron Lewis (45'). Chris Hussey (54') and Paddy Madden (74') scored for Stockport County.

Graham Coughlan's Newport County have celebrated scoring a sum total of 5 times over their last six outings. At the other end, the number of goals that have been scored against them in that time amounts to 7.

Following on from being defeated in their last game at the hands of Northampton Town in League Two competition, Gillingham will be hoping to turn things around here.

It has become apparent that Gillingham have been starved of goals over their last six games, contributing the unsatisfactory return of only 3. In those fixtures, The Gills have also seen the overall goal tally of opposing teams equal 8.

Heading into this fixture, Gillingham have not won away from home in their last 11 league matches. It's not a good run at all.

The Newport County manager Graham Coughlan doesn’t have any fitness worries whatsoever coming into this clash thanks to a fully injury-free squad available for selection.

Owing to an otherwise available squad, there is just the lone fitness worry for the Gillingham manager Neil Harris to contend with. Ashley Maynard-Brewer (Shoulder Injury) won’t be playing here.

We’re thinking that Gillingham are capable enough to break down this Newport County lineup, however that possibly won’t be enough to prevent defeat.

We’re going for a tight encounter finishing with a 2-1 win for Newport County after 90 minutes. Should be an interesting one. 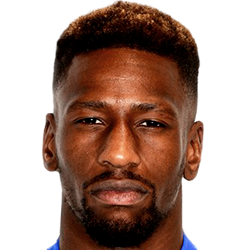 Typically played in the Striker position, Omar Bogle was born in Birmingham, England. After making a first senior appearance for Grimsby Town in the 2015 - 2016 season, the dangerous Forward has scored 7 league goals in this League Two 2022 - 2023 campaign so far in a total of 18 appearances.

We have made these Newport County v Gillingham predictions for this match preview with the best intentions, but no profits are guaranteed. Please always gamble responsibly, only with money that you can afford to lose. Best of luck with your selections.