Girona FC line up against the visiting Ponferradina at Estadi Municipal de Montilivi in the La Liga 2 tie on Saturday.

Taking a look at their past results, Girona FC:

Previously, Ponferradina drew 2-2 in the La Liga 2 tie with Logroñés.

The numbers tell their own story, and Ponferradina have been scored against in 6 of their last 6 games, seeing opposing sides hit 8 goals in all. Defensively, La Ponfe could really do with shoring things up.

Looking at the pre-match facts, Ponferradina:

Inspecting their prior head to head clashes going back to 08/03/2015 shows us that Girona FC have won 3 of these and Ponferradina 1, with the number of drawn games standing at 2.

A combined sum of 14 goals were produced between them in these games, with 9 of them for Blanquivermells and 5 belonging to La Ponfe. The average number of goals per game works out to 2.33.

On that occasion, Ponferradina had 50% possession and 10 attempts at goal with 4 on target. The scorer was José Amo (71').

For their opponents, Girona FC got 18 shots at goal with 7 of them on target. Monchu (40') scored.

Girona FC boss Francisco Rodríguez will be thankful to have no fitness worries whatsoever before this game owing to a completely injury-free group available to choose from. Santiago Bueno will not be able to play in this game through being suspended.

Due to a completely injury-free squad available to choose from, Ponferradina manager Jon Bolo has no fitness concerns to report ahead of this match.

Looking at these two teams, we feel that Ponferradina will have to perform well to breach the defence of this Girona FC lineup who we think should score one, at least.

We’ve gone for a very even contest with a 1-0 winning margin for Girona FC at the end of the 90. 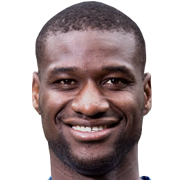 Typically played in the Striker position, Mamadou Sylla was born in Senegal. Having made a first senior appearance for Racing de Santander in the 2014 - 2015 season, the dangerous Forward has accumulated 8 league goals in the LaLiga2 2020 - 2021 season to date in 28 appearances.

We have made these Girona FC v Ponferradina predictions for this match preview with the best intentions, but no profits are guaranteed. Please always gamble responsibly, only with money that you can afford to lose. Good luck!