Return to this page a few days before the scheduled game when this expired prediction will be updated with our full preview and tips for the next match between these teams.
Full-Time Result Prediction
👉
Patronato to Win

Our Patronato v Godoy Cruz predictions, statistics and match poll can be seen below (inc. the best betting odds).

Patronato will be hoping for a better result after the 1-0 Superliga defeat last time out to Huracán.

Fixtures with Patronato have often been exciting ones lately with a lot of goalmouth action being the norm. Over their past 6 games, the sum of 23 goals have flown in for both sides combined (at an average of 3.83 goals per game) with 10 of them being chalked up by Patronato. That trend might not be carried forward into this next game, though.

Heading into this contest, Patronato are unbeaten in their last 3 league matches at home.

After tasting defeat last time out to Estudiantes de La Plata in Superliga action, Godoy Cruz and their travelling supporters will be hoping that they can get a better result in this one.

Looking at their form, and Godoy Cruz have been scored against in 5 of their last 6 games, with opponents netting 9 goals in total. Defensively, Godoy Cruz have seen their frailties exposed.

The last league meeting between these sides was Superliga match day 14 on 25/11/2019 which ended up with the score at Patronato 0-2 Godoy Cruz.

In that game, Patronato managed 54% possession and 22 attempts at goal with 5 on target.

The Patronato boss Iván Delfino doesn’t have any fitness worries whatsoever before this match owing to a fully injury-free group to pick from.

Owing to a fully healthy squad to pick from, the Godoy Cruz manager Diego Flores has zero fitness worries to speak of before this game.

In our view, Godoy Cruz have it in them to breach the defence of this Patronato side, however that realistically won’t prevent them from conceding a couple at the other end.

We’re tipping a close game with a 2-1 winning score for Patronato after 90 minutes. There looks to be little in this one. 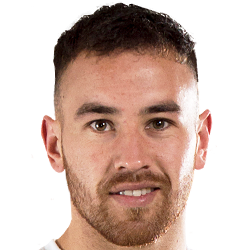 Typically playing in the Striker position, Junior Arias was born in Montevideo, Uruguay. After making a first senior appearance for Talleres in the 2017 - 2018 season, the dangerous Forward has accumulated 5 league goals in this Superliga 2021 campaign so far in 22 appearances.

We have made these Patronato v Godoy Cruz predictions for this match preview with the best intentions, but no profits are guaranteed. Please always gamble responsibly, only with money that you can afford to lose. Good luck if you do place a bet today.