Red Bull Bragantino will be taking on visitors Goias at Estádio Nabi Abi Chedid in the Serie A clash on Sunday.

View all Red Bull Bragantino v Goias tips, stats and our pre-match poll below - plus the latest betting odds.

Red Bull Bragantino will play in this fixture after a 1-1 Serie A drawn result against Atlético Mineiro.

Taking a look at their past results, Red Bull Bragantino:

In their previous game, Goias drew 1-1 in the Serie A tie with Flamengo.

In that match, Goias had 29% possession and 7 attempts at goal with 4 on target. The scorer for Goias was Diego (80'). For their opponents, Flamengo got 15 attempts on goal with 6 of them on target. Matheus França (84') was the scorer for Flamengo.

The numbers tell their own story, and Goias have been scored against in 5 of their last 6 games, letting opponents get 7 goals overall. In defence, Goias have clearly had some problems.

The Red Bull Bragantino boss Maurício Barbieri will be thankful to have no fitness concerns at all coming into this game with a completely injury-free squad ready to go.

Thanks to a completely healthy squad available to choose from, the Goias manager Jair Ventura does not have any fitness worries at all before this game.

Our thinking is that Red Bull Bragantino have it within them to dominate on the ball and be rewarded with decent chances.

At the other end, Goias may well find it hard to find the back of the net although we do see them managing to get on the scoresheet, too.

We can therefore see a decent 3-1 victory for Red Bull Bragantino after 90 minutes. 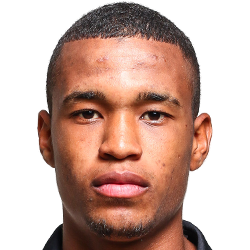 Usually deployed in the Striker position, Alerrandro was born in Lavras, Brazil. After making a first senior appearance for Atlético Mineiro in the 2018 season, the dangerous Forward has got 5 league goals in the Série A 2022 campaign to date from a total of 16 appearances.

While we have made these predictions for Red Bull Bragantino v Goias for this match preview with the best of intentions, no profits are guaranteed. Always gamble responsibly, and with what you can afford to lose. Best of luck.