FC Groningen will be visiting Kras Stadion on Sunday for the Eredivisie tie with home side FC Volendam.

Our full set of predictions, statistics and match poll for FC Volendam v FC Groningen can be seen below - plus the latest match odds.

FC Volendam enter this game following on from a 1-1 Eredivisie drawn match versus Ajax.

The only player to score from FC Volendam was Damon Mirani (59'). Mohammed Kudus (80') was the scorer for Ajax.

It’s been all too rare in recent games where FC Volendam have kept a clean sheet. In fact, FC Volendam have seen their defence breached in 5 of their previous 6 clashes, giving up 10 goals in the process. Such a pattern won’t necessarily be continued into this match, however.

Going into this one, FC Volendam haven't beaten FC Groningen in their last 3 league matches.

Since a loss in their previous game against SC Cambuur in Eredivisie action, FC Groningen will be aiming to make amends here.

Daniël van Kaam (77') was the scorer for SC Cambuur.

The stats tell the story, and FC Groningen have been scored against in 6 of their last 6 matches, with opponents netting 14 goals in total. In defence, FC Groningen could really do with shoring things up.

Heading into this contest, FC Groningen haven’t won away from home in the past 6 league matches.

The last league contest featuring the two was Eredivisie match day 1 on 07/08/2022 when it ended FC Groningen 2-2 FC Volendam.

We’re of the opinion that FC Groningen and FC Volendam should both get enough opportunities to score, although it’s hard to separate the two.

A close call, and we think a draw is quite likely. Our tip is therefore for a very close game with a 1-1 scoreline when all is said and done. 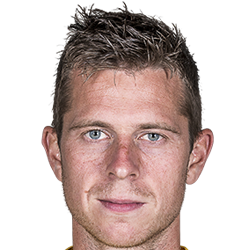 Customarily taking to the field in the Striker position, Robert Mühren was born in Netherlands. After having made a senior debut playing for FC Volendam in the 2011 - 2012 season, the skilful Forward has got 4 league goals in the Eredivisie 2022 - 2023 season so far in a total of 16 appearances.

We have made these FC Volendam v FC Groningen predictions for this match preview with the best intentions, but no profits are guaranteed. Please always gamble responsibly, only with money that you can afford to lose. Good luck with your selections.