All Varaždin v Hajduk Split match predictions, user poll and stats are shown below - along with the latest match odds.

Varaždin enter this game coming off the back of a 1-1 Prva Liga draw versus NK Osijek.

It has been seldom in recent games where Varaždin have kept a clean sheet. It will be a concern for them that Bumbari have failed to prevent opponents from scoring in 5 of their previous 6 clashes, leaking 8 goals on the way.

Looking at their past form shows that Varaždin:

In their previous game, Hajduk Split drew 1-1 in the Prva Liga tie with Dinamo Zagreb.

For 5 of the previous six games involving Hajduk Split, a notably low volume of goals have been scored between them and their opponents. The overall average number of goals per game during that period works out to a paltry 2.17, with the average goals for Bili standing at 1. Despite that, time will tell if that pattern might persist here in this game or not.

Heading into this contest, Hajduk Split are without an away win for the past 2 league games.

Inspecting their past head to head clashes going back to 05/10/2019 shows us that Varaždin have won 2 of them & Hajduk Split 4, with the number of drawn games being 0.

An aggregate of 20 goals were scored between the two sides during those clashes, with 7 for Bumbari and 13 netted by Bili. The average number of goals per game works out to 3.33.

Varaždin boss Zoran Kastel does not have any fitness concerns to speak of before this game with a completely healthy group ready to go.

Thanks to a fully healthy group ready to go, Hajduk Split manager Paolo Tramezzani doesn’t have any fitness concerns to report coming into this clash.

We’ve got the feeling that Varaždin will need to push hard to score goals against this Hajduk Split outfit who we think will gain the upper hand.

We’re therefore predicting a very even match with a 0-1 winning margin for Hajduk Split at the end of this one. 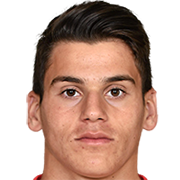 Customarily used in the Central Defensive Midfielder position, Neven Đurasek was born in Varaždin, Croatia. Having made his senior debut playing for Varaždin in the 2020 - 2021 season, the skilful Midfielder has scored a sum of 3 league goals in the Prva Liga 2020 - 2021 campaign to date in 28 appearances.

While we have made these predictions for Varaždin v Hajduk Split for this match preview with the best of intentions, no profits are guaranteed. Always gamble responsibly, and with what you can afford to lose. Good luck if you do place a bet today.