Allsvenskan
Hammarby IF
Helsingborgs IF
2 - 2

Hammarby IF vs Helsingborgs IF Live Stream, Predictions

Hammarby IF will do battle with visiting club Helsingborgs IF at Tele2 Arena in the Allsvenskan tie on Sunday.

For all of our match predictions, pre-game poll and statistics for Hammarby IF v Helsingborgs IF, scroll down - plus the latest betting odds.

Hammarby IF fans will want a repeat of their previous result, being a 0-4 Allsvenskan victory versus IFK Göteborg.

Hammarby IF have been on a persistent run of goalscoring form, hitting the target in one hundred percent of their last 6 matches.

They’ve claimed a sum of 15 during that period and have conceded a total of 9.

Their previous form shows that Hammarby IF:

Previously, Helsingborgs IF drew 1-1 in the Allsvenskan match with Kalmar FF.

Proving their predisposition for eventful matches, we’ve seen goals 20 times in the last six games in which Helsingborgs IF have played, yielding a mean average of 3.33 goals per clash. Their opponents have got 11 of these goals. That sort of pattern isn’t assured to follow through here, of course.

Leading up to this clash, Helsingborgs IF:

A review of their past head-to-head meetings dating back to 18/10/2015 shows that Hammarby IF have won 3 of these games & Helsingborgs IF 2, with the number of draws standing at 1.

A combined sum of 20 goals were produced between them in these games, with 11 from Bajen and 9 created by Di Röe . That is an average goals per game value of 3.33.

The last league fixture between these sides was Allsvenskan match day 12 on 02/08/2020 when it finished Helsingborgs IF 1-1 Hammarby IF.

In that match, Helsingborgs IF had 32% possession and 6 attempts at goal with 3 of them on target. Their only player to score was Max Svensson (21').

On the other side, Hammarby IF had 23 shots at goal with 7 of them on target. Gustav Ludwigson (93') was the scorer.

Hammarby IF boss Stefan Billborn will be thankful to have no fitness worries whatsoever before this game with a fully healthy squad available to choose from.

Helsingborg boss Olof Mellberg has to choose from a squad that has some fitness concerns. Armin Gigovic (Corona virus) and Assad Al Hamlawi (Fatigue fracture) are not ready for selection.

It certainly seems that Helsingborgs IF will need to be at their best to get a goal against a Hammarby IF lineup who will most probably boss most aspects of this game if it turns out as we expect.

Our tip is for a very comfortable 3-0 margin for Hammarby IF at the end of this one. 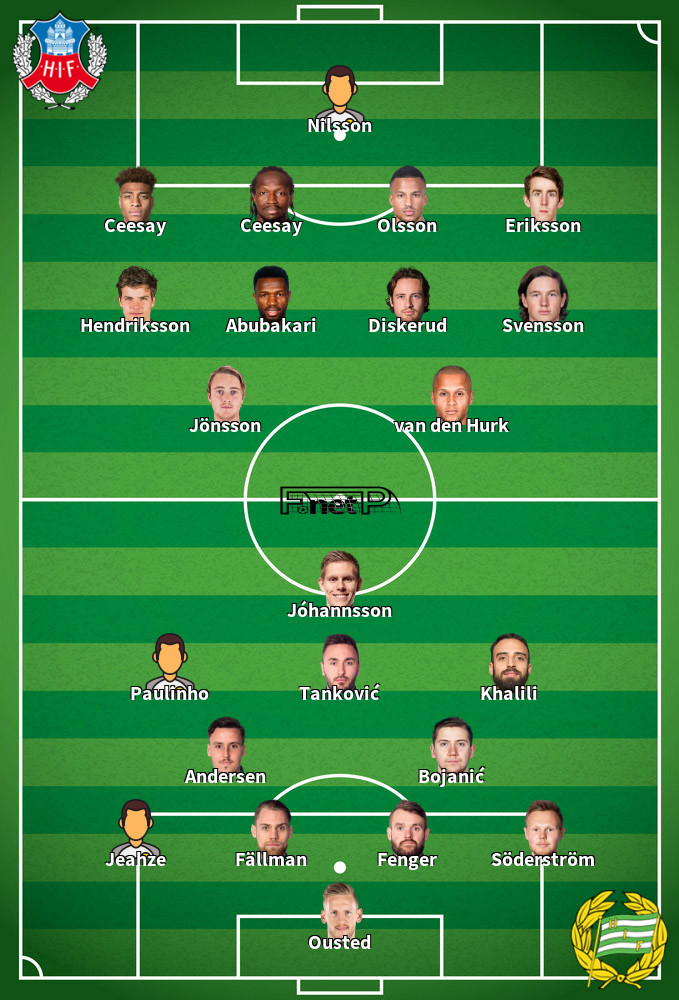 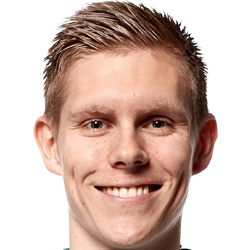 Generally played in the Striker position, Aron Jóhannsson was born in USA. After having made a senior debut playing for AGF Aarhus in the 2011 - 2012 season, the dangerous Forward has contributed 4 league goals in the Allsvenskan 2020 campaign to date from a total of 12 appearances.

We have made these Hammarby IF v Helsingborgs IF predictions for this match preview with the best intentions, but no profits are guaranteed. Please always gamble responsibly, only with money that you can afford to lose. Good luck!