Hellas Verona will be hosting the visiting SPAL at Stadio Marcantonio Bentegodi in the Serie A game on Wednesday.

All Hellas Verona v SPAL match predictions, user poll and stats are shown below (including the best match odds).

Hellas Verona won’t want a repeat of their last result here following a 1-5 Serie A defeat last time out to Lazio.

Verona have not been the best at stopping their opponents of late, but they’ve also managed to hit the back of the net themselves. Analysis of their previous 6 games shows that Verona have conceded in 6 of them in addition to scoring in 6 of those games.

Going into this contest, Hellas Verona haven’t won at home in the past 3 league matches.

In the game prior to this, SPAL drew 1-1 in the Serie A match with Torino.

Demonstrating their bias toward action-packed matches, the back of the net has been hit 21 times in the prior 6 matches in which SPAL have taken to the field, yielding a mean average of 3.5 goals for each fixture. Opposition teams have got 18 from this total. Such a trend won’t necessarily follow through into this match, though.

Going into this game, the form guide shows that SPAL:

Inspecting their prior head-to-head meetings dating back to 18/01/2009 tells us that Hellas Verona have won 3 of these & SPAL 1, with the tally of drawn matches standing at 2.

A combined sum of 15 goals were shared by the two clubs in these games, with 9 from Verona and 6 created by SPAL. The average number of goals per game works out to 2.5.

That time, SPAL managed 55% possession and 19 shots at goal with 2 of them on target.

At the other end, Hellas Verona had 19 attempts on goal with 8 of them on target. Giampaolo Pazzini (14') and Mariusz Stępiński (85') scored.

In this game, Hellas Verona have it within them to get a lot of shots on goal and make them count.

Conversely, SPAL will be up against it to score a goal of their own but do we see them getting enough chances to score, too.

We reckon that it will be a decent 3-1 margin for Hellas Verona at the end of the match.

Both Teams to Score Prediction for Hellas Verona vs SPAL
Yes 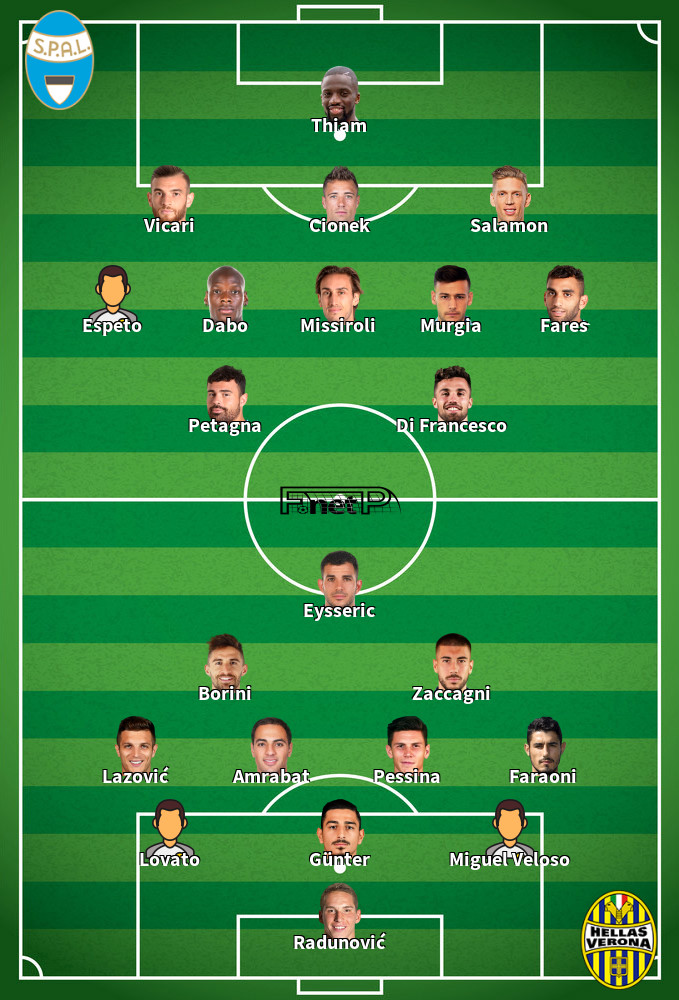 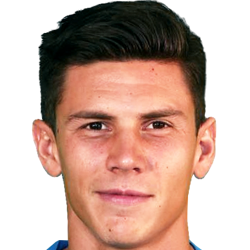 Generally taking to the field in the Centre Midfield position, Matteo Pessina was born in Monza, Italy. After making a first senior appearance for Spezia in the 2017 - 2018 season, the dangerous Midfielder has got 7 league goals in this Serie A 2019 - 2020 campaign to date coming from a total of 33 appearances.

We have made these Hellas Verona v SPAL predictions for this match preview with the best intentions, but no profits are guaranteed. Please always gamble responsibly, only with money that you can afford to lose.