Helsingborgs IF visit Jämtkraft Arena on Monday for the Allsvenskan tie with home side Östersunds FK.

Our tips, poll and stats for Östersunds FK v Helsingborgs IF can all be found here (plus the best game odds).

Östersunds FK go into this game following on from a 0-0 Allsvenskan drawn result vs Djurgårdens IF.

Ian Burchnall's Östersunds FK have celebrated scoring a sum total of 6 times over their preceding six outings. At the other end, the tally of goals that have been scored against them in those fixtures is 6.

Heading into this fixture, Östersunds FK are without a home win in the past 6 matches in the league. Fans are getting restless.

In their previous fixture, Helsingborgs IF drew 1-1 in the Allsvenskan match with Örebro SK.

In that match, Helsingborgs IF had 59% possession and 22 attempts at goal with 2 of them on target. The only player on the scoresheet for Helsingborgs IF was Brandur Hendriksson (90'). On the other side, Örebro SK got 8 shots on goal with 1 on target. Erik Björndahl (3') scored for Örebro SK.

Looking at their form, and Helsingborgs IF have been scored against in 5 of their last 6 games, conceding 7 goals in all. Defensively, Di Röe certainly have room for improvement. Having said that, it remains to be seen if that trend will be sustained in this game.

Pre-game facts show that Helsingborgs IF:

The last league match featuring these clubs was Allsvenskan match day 22 on 30/08/2019 when it finished Helsingborgs IF 2-0 Östersunds FK.

On that occasion, Helsingborgs IF managed 48% possession and 13 shots on goal with 7 of them on target. The scorers were Max Svensson (11') and Alhaji Gero (33').

On the other side, Östersunds FK had 15 attempts on goal with 2 on target.

Östersunds FK boss Ian Burchnall has zero fitness concerns whatsoever before this clash thanks to a completely injury-free squad available to select from.

Thanks to a fully healthy group ready to go, Helsingborgs IF boss Olof Mellberg does not have any fitness worries to report coming into this match.

It seems to us that Helsingborgs IF and Östersunds FK could find scoring goals difficult here.

Let’s see how this one goes, but it looks this could be a game with minimal goal-scoring opportunities. We therefore think that it’s going to be a tight encounter with a 0-0 draw at the end of the 90. 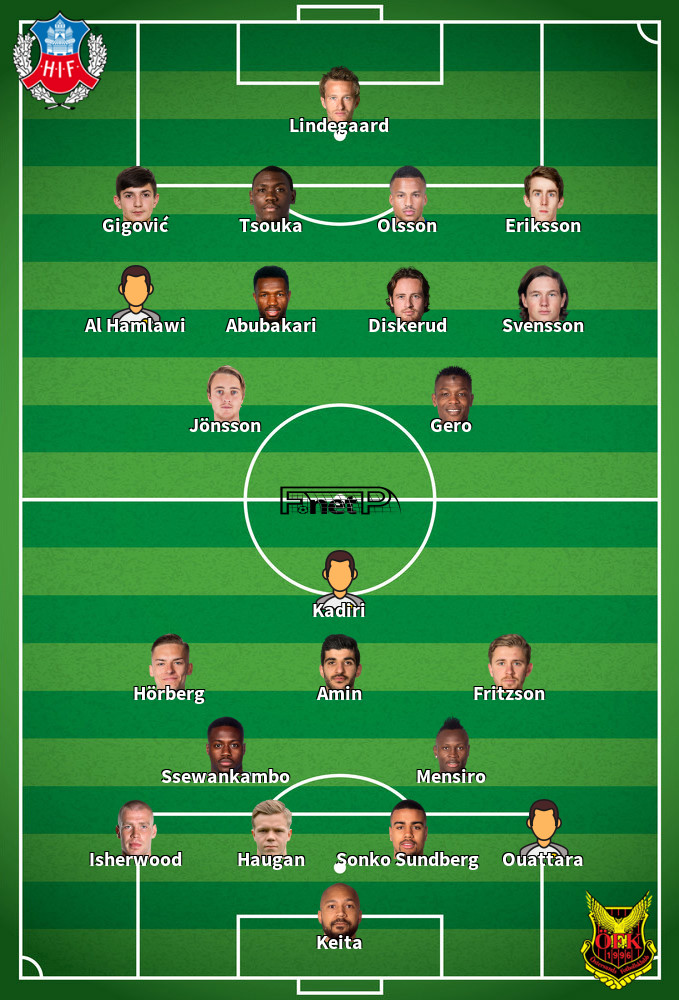 Customarily deployed in the Striker position, Jordan Attah Kadiri was born in Idah, Nigeria. Having made a first senior appearance for Östersunds FK in the 2019 season, the talented Forward has managed to score 2 league goals in the Allsvenskan 2020 season so far in 10 appearances.

We have made these Östersunds FK v Helsingborgs IF predictions for this match preview with the best intentions, but no profits are guaranteed. Please always gamble responsibly, only with money that you can afford to lose.