The Allsvenskan meeting at Påskbergsvallen on Monday sees home side Varbergs BoIS take to the field against opponents Helsingborgs IF.

Our Varbergs BoIS v Helsingborgs IF tips, poll and stats can be seen in full below - as well as up-to-date odds.

Varbergs BoIS will be looking to improve on their last outing here after the 2-0 Allsvenskan loss in their previous game against Falkenbergs FF.

It’s not been often in recent times where Varbergs BoIS haven’t conceded. In fact, Varbergs have seen their defence breached in 5 of their previous 6 games, leaking 10 goals during that time. While that may be of interest, time will tell whether such a trend shall be maintained in this upcoming game.

Ahead of this clash, Varbergs BoIS are undefeated in their last 2 home league matches.

In their previous fixture, Helsingborgs IF drew 2-2 in the Allsvenskan tie with Hammarby IF.

Helsingborgs IF have been dangerous up front of late, having scored 8 goals in their previous 6 matches. Having said that, Di Röe have been somewhat leaky at the back, having also been scored against in 6 of those same clashes.

Ahead of this clash, Helsingborgs IF are without an away win for the past 10 matches in the league. Who knows how long it might last, too.

The last league clash between these sides was Allsvenskan match day 1 on 15/06/2020 which ended up with the score at Helsingborgs IF 0-3 Varbergs BoIS.

On that occasion, Helsingborgs IF managed 52% possession and 5 shots on goal with 2 on target.

Varbergs BoIS boss Joakim Persson will be happy not to have any fitness concerns whatsoever before this clash owing to a fully injury-free group available for selection.

Helsingborg boss Olof Mellberg has to choose from a squad that has some fitness concerns. Assad Al Hamlawi (Fatigue fracture) and Armin Gigovic (Corona virus) miss out here.

In this match, Helsingborgs IF have it within them to find the net against this Varbergs BoIS lineup, although that probably won’t quite be as many as they will have scored against them.

We’re tipping a narrow 2-1 winning margin for Varbergs BoIS at the end of this one. Should be an interesting one. 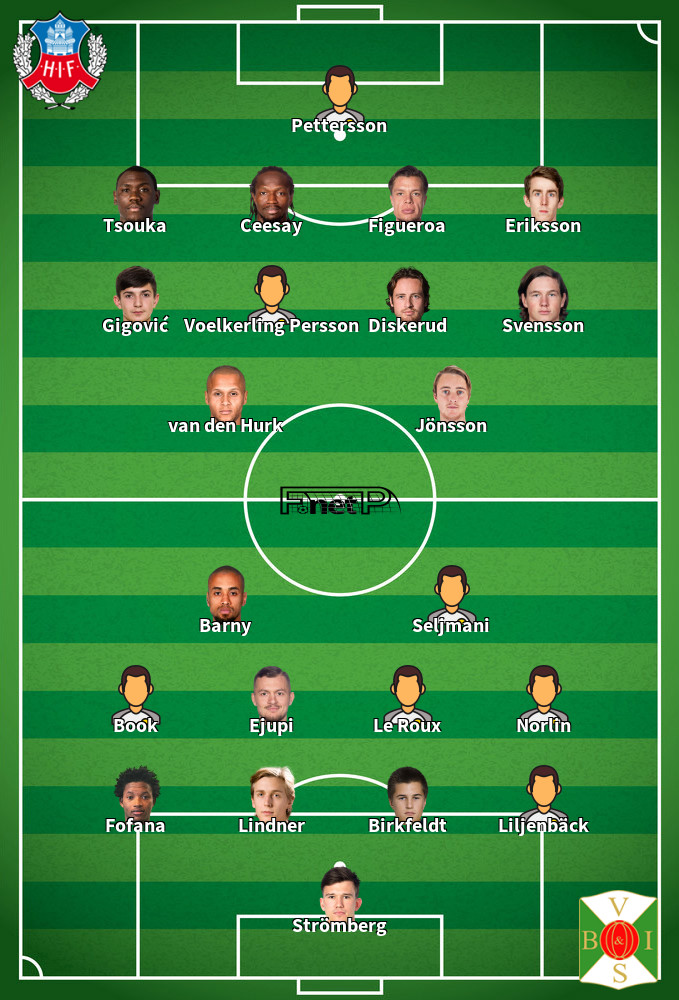 Usually taking up the Striker position, Astrit Seljmani was born in Sweden. After making a first senior appearance for Ängelholms FF in the 2016 season, the goalscoring Forward has managed to score 8 league goals in this Allsvenskan 2020 season to date in 14 appearances.

We have made these Varbergs BoIS v Helsingborgs IF predictions for this match preview with the best intentions, but no profits are guaranteed. Please always gamble responsibly, only with money that you can afford to lose. Good luck with your selections.