Return to this page a few days before the scheduled game when this expired prediction will be updated with our full preview and tips for the next match between these teams.
Full-Time Result Prediction
👉
Helsinki IFK to Win

Helsinki IFK will host the visiting IFK Mariehamn at Bolt Arena in this Veikkausliiga game on Saturday.

Scroll down to see all of the predictions, poll and statistics for Helsinki IFK v IFK Mariehamn - as well as up-to-date odds.

Helsinki IFK will be hoping to bounce back here after a 1-0 Veikkausliiga loss in their previous game against Ilves.

Over their past six games, Joaquín Gómez's Helsinki IFK have hit the back of the net a combined total of 10 times resulting in an average number of goals per match of 1.67.

Going into this game, the form guide shows that Helsinki IFK:

IFK Mariehamn will go into this meeting after a 1-2 Veikkausliiga win vs FC Haka in their previous outing.

The stats tell the story, and IFK Mariehamn have been scored against in 5 of their last 6 matches, letting opponents get 7 goals in total. In defence, IFK Mariehamn certainly have room for improvement.

Inspecting their most recent head-to-head clashes going back to 08/05/2019 shows us that Helsinki IFK have won 2 of these and IFK Mariehamn 0, with the number of drawn matches standing at 4.

An aggregate of 13 goals were scored between them in these games, with 9 of them for Tähtirinnat and 4 created by Grönvitt. The average goals per game has been 2.17.

The previous league match between these clubs was Veikkausliiga match day 13 on 04/07/2021 which ended up with the score at IFK Mariehamn 0-0 Helsinki IFK.

In that match, IFK Mariehamn managed 49% possession and 9 attempts at goal with 5 of them on target.

At the other end, Helsinki IFK got 5 attempts at goal with 2 of them on target.

The referee was Oliver Reitala.

Availability isn’t a big problem, with just the sole fitness concern for the Helsinki IFK gaffer Joaquín Gómez to be concerned about from an otherwise complete set of players. Sakari Tukiainen (Knee Injury) is sidelined.

Due to a completely healthy group available to select from, the IFK Mariehamn boss Lukas Syberyjski does not have any fitness worries at all before this match.

We’ve got the feeling that IFK Mariehamn should get enough chances to find the net against this Helsinki IFK lineup, but it probably shouldn’t be as many as they will have scored against them.

We are anticipating a tight encounter finishing with a 2-1 win for Helsinki IFK when all is said and done. It will be interesting to see how this one goes. 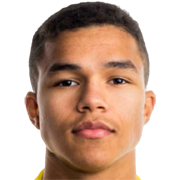 Generally taking to the field in the Left Attacking Midfielder position, Jusif Ali was born in Finland. Having made a first senior appearance for Ilves in the 2018 season, the dangerous Midfielder has scored a sum of 3 league goals in this Veikkausliiga 2021 season so far in 16 appearances.

We have made these Helsinki IFK v IFK Mariehamn predictions for this match preview with the best intentions, but no profits are guaranteed. Please always gamble responsibly, only with money that you can afford to lose. Best of luck with your selections.