HJK journey to OmaSP Stadion on Thursday for the Veikkausliiga meeting with home team SJK.

Our predictions, user poll and statistics for SJK v HJK can be found here including the latest game odds.

SJK will be hoping for a repeat of their last result, following a 3-2 Veikkausliiga victory vs Helsinki IFK.

Fixtures with SJK have tended to be lively encounters lately with plenty of scoring anticipated. Over their past half dozen clashes alone, a total of 20 goals have flown in for both sides combined (at an average of 3.33 goals per game) with 13 of these being chalked up by SJK. It will be interesting to find out whether or not that trend can be sustained here.

Heading into this contest, SJK have not beaten HJK in their previous 12 matches in the league.

HJK will come into the encounter following a 4-0 Veikkausliiga win vs RoPS in their most recent outing.

Indicating their partiality to productive encounters, we’ve had goals 25 times in the previous 6 games in which HJK have sent out their troops, yielding an average of 4.17 goals for each fixture. Opposition teams have got 8 of these goals.

Their past results show that HJK:

A review of their past head to head results stretching back to 18/04/2018 shows that these fixtures have been disappointments for SJK. They have not managed to get themselves any victories whatsoever while HJK have just been too good for them, running out winners in 67% of those matches played.

A sum of 12 goals were scored between them in these games, with 2 from SJK and 10 coming from Klubi. The average number of goals per game works out to 2.

There is just the sole fitness concern for the SJK manager Jani Honkavaara to contend with thanks to an otherwise robust group of players. Samba Benga (Ankle Injury) will miss out.

With a completely injury-free group to choose from, HJK boss Toni Koskela does not have any fitness worries to speak of coming into this game.

We’re envisaging that SJK could find themselves struggling to put one past this HJK team who will likely do enough to score at the other end and edge ahead.

That’s why our selection here is for a hard-fought 0-1 win for HJK at the end of this game. 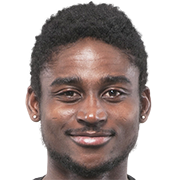 Mostly taking to the field in the Striker position, Ariel Ngueukam was born in Cameroon. After having made a senior debut playing for FC Lahti in the 2012 season, the goalscoring Forward has accumulated 3 league goals in this Veikkausliiga 2020 season so far in 13 appearances.

We have made these SJK v HJK predictions for this match preview with the best intentions, but no profits are guaranteed. Please always gamble responsibly, only with money that you can afford to lose. Good luck if you do place a bet today.