To see all of our predictions, user poll & stats for Houston Dynamo v Minnesota United, scroll down - along with the latest match odds.

Houston Dynamo will be looking to improve on their last outing here following a 2-1 MLS defeat in their last game at the hands of FC Dallas.

The only name on the scoresheet from Houston Dynamo was Rodríguez (41'). Ricaurte (28') and Jara (61') scored for FC Dallas.

In their last six fixtures, Tab Ramos's Houston Dynamo have celebrated scoring a total of 12 times giving them an average number of goals scored per match equal to 2.

Following on from suffering a loss in their previous game against Sporting Kansas City in MLS competition, Minnesota United will be hoping to turn things around here.

Indicating their bias toward action-packed matches, we’ve had goals 20 times in the prior six games in which Minnesota United have played, yielding an average of 3.33 goals each fixture. Opposition teams have got 11 of these goals.

Looking over their prior head to head meetings going back to 01/10/2017 tells us that Houston Dynamo have won 4 of them and Minnesota United 2, with the number of drawn games being 0.

A combined total of 15 goals were scored between them during those clashes, with 11 of them for Orange Crush and 4 coming from Loons. That’s an average goals per game figure of 2.5.

The previous league contest between these clubs was MLS match day 7 on 03/09/2020 which ended up with the score at Houston Dynamo 3-0 Minnesota United.

On the other side, Minnesota United got 13 attempts on goal with 4 on target.

The referee was Allen Chapman.

Houston Dynamo manager Tab Ramos has zero fitness concerns at all ahead of this game owing to a completely injury-free squad to choose from.

Thanks to a fully healthy squad to choose from, Minnesota United boss Adrian Heath has zero fitness concerns to speak of coming into this clash.

We believe that Minnesota United certainly have the ability to break down this Houston Dynamo outfit, although it isn’t expected to be enough to avoid defeat.

We’re going for a very close game with a 2-1 winning score for Houston Dynamo when all is said and done. Could easily see this go either way. 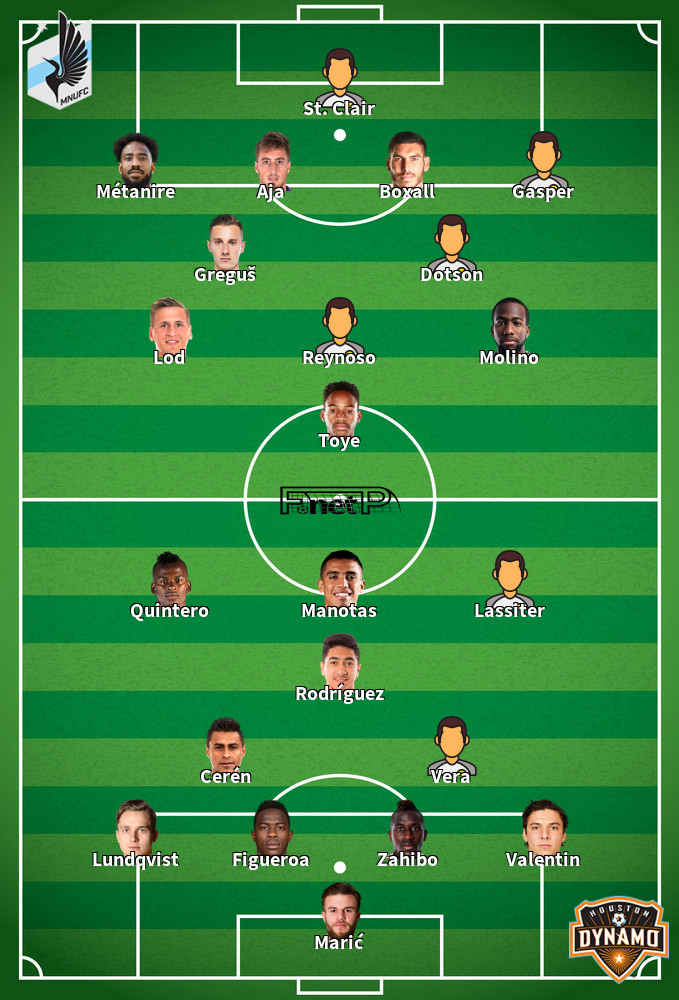 While we have made these predictions for Houston Dynamo v Minnesota United for this match preview with the best of intentions, no profits are guaranteed. Always gamble responsibly, and with what you can afford to lose. Best of luck with your selections.