Return to this page a few days before the scheduled game when this expired prediction will be updated with our full preview and tips for the next match between these teams.
Full-Time Result Prediction
👉
Atlanta United to Win

Our full set of predictions, statistics and match poll for Toronto FC v Atlanta United can be seen below - as well as up-to-date odds.

Toronto FC, buoyed by their previous result, will be hoping for more of the same after a 4-0 Canadian Championship success over Montreal Impact.

It’s been a rare occasion in recent games where Toronto FC have kept a clean sheet. It will be a concern for them that Toronto FC have seen their defence breached in 5 of their previous 6 games, leaking 8 goals along the way. We will just have to see whether or not that trend can be sustained into this next match.

Atlanta United will come into the meeting following a 2-0 MLS win vs Inter Miami in their most recent match.

In that match, Atlanta United managed 60% possession and 18 attempts at goal with 8 of them on target. For Atlanta United, the goals were scored by Luiz Araújo (4') and Josef Martínez (61'). At the other end, Inter Miami got 12 shots on goal with 3 on target.

In as many as 5 of the previous 6 clashes featuring Atlanta United, three or more goals have gone in. The overall average goals scored per game during that spell is 3.83, with the number of goals averaged by Atlanta United equalling 2.17.

Inspecting their past head-to-head clashes going back to 27/06/2019 shows us that Toronto FC have won 3 of these games & Atlanta United 2, with the tally of draws being 1.

A combined sum of 14 goals were scored between the two sides in this period, with 7 for The Reds and 7 netted by The Five Stripes. That is an average goals per game value of 2.33.

The previous league contest featuring these clubs was MLS match day 44 on 30/10/2021 when the final score was Atlanta United 1-1 Toronto FC.

In that game, Atlanta United had 58% possession and 19 shots on goal with 4 on target. Their only player to score was Luiz Araújo (15').

Toronto FC got 11 attempts on goal with 8 on target. Jordan Perruzza (88') scored.

The match was refereed by Alex Chilowicz.

The Toronto FC manager Bob Bradley will be thankful to have no fitness worries whatsoever coming into this game with a completely healthy group to choose from.

Here, we’re thinking that Toronto FC might need a bit of good fortune to find the net against this Atlanta United lineup who we think will win and very possibly keep a clean sheet.

We’re therefore tipping a 0-1 advantage for Atlanta United at the end of this game. 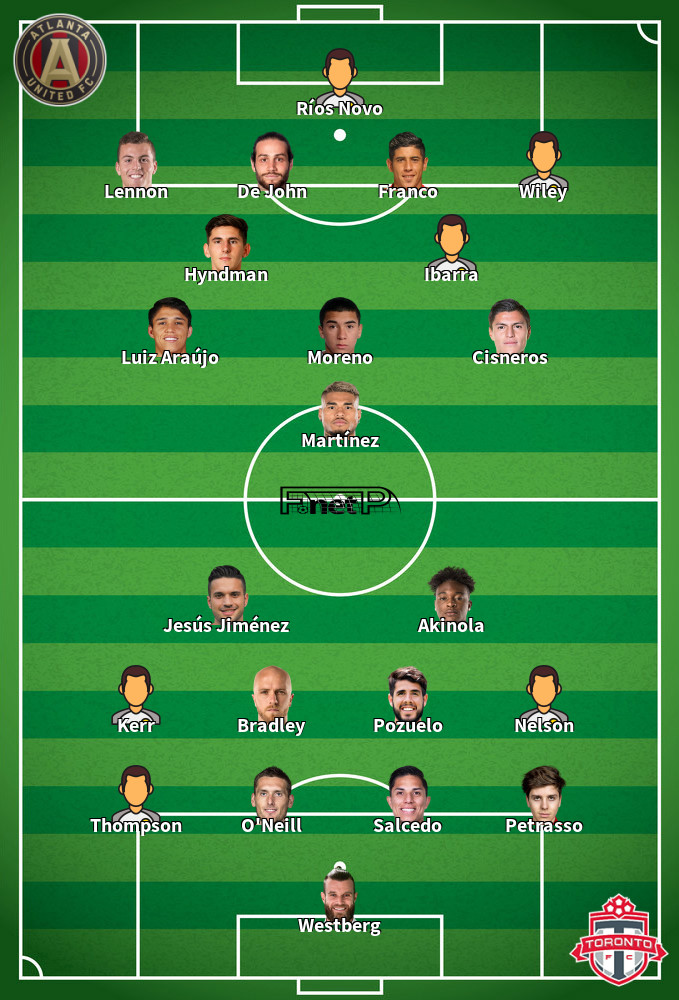 We have made these Toronto FC v Atlanta United predictions for this match preview with the best intentions, but no profits are guaranteed. Please always gamble responsibly, only with money that you can afford to lose.