Hull City play host to visitors Ipswich Town at KCOM Stadium in this League One clash on Tuesday.

Scroll down for all of our predictions, poll and stats for the Hull City v Ipswich Town game including the latest game odds.

Hull City will want to continue from where they left off last time out with a 0-5 League One success vs Wigan Athletic.

A recurring feature of recent Hull City games is the number of nil scores.

Taking their prior 6 matches leading up to this one, in as many as 5 of them a bet on "Both Teams to Score" would've been a losing one.

In their last fixture, Ipswich Town drew 0-0 in the League One tie with Oxford United.

In 5 of the previous 6 games involving Ipswich Town, a notably low volume of goals have gone in between them and their opposition. The overall average number of goals per game within that period comes to a paltry 1.33, with the number of goals averaged by The Tractor Boys equalling 0.67. That sort of pattern won’t necessarily be continued into this game, however.

Coming into this clash, Ipswich Town have not emerged victorious against Hull City in away games against them for the last 7 league games. They really have not been travelling well at all.

A review of their past head to head results stretching back to 23/02/2016 reveals that these fixtures have not been fruitful for Ipswich Town. They have not managed to get any wins at all whereas Hull City have just been too good for them, running out winners in 83% of those matches played.

An aggregate of 15 goals were produced between them in this period, with 13 of them from The Tigers and 2 created by The Tractor Boys. The average number of goals per game works out to 2.5.

The last league match between these sides was League One match day 14 on 24/11/2020 when the final score was Ipswich Town 0-3 Hull City.

The referee was Lee Swabey.

Hull City boss Grant McCann will be happy not to have any fitness concerns whatsoever coming into this match with a fully healthy group available for selection.

We’re of the opinion that Hull City should create enough chances to score more than one against Ipswich Town, who could well struggle to break down their defence.

We therefore think that it’s going to be a pretty comfortable 2-0 margin for Hull City come full-time. 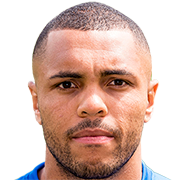 Mostly used in the Striker position, Josh Magennis was born in Bangor, N. Ireland. After making a first senior appearance for Cardiff City in the 2009 - 2010 season, the gifted Forward has managed to score 9 league goals in this League One 2020 - 2021 season to date from a total of 26 appearances.

We have made these Hull City v Ipswich Town predictions for this match preview with the best intentions, but no profits are guaranteed. Please always gamble responsibly, only with money that you can afford to lose. Good luck with your selections.