Our Plymouth Argyle v Hull City predictions, statistics and match poll can be seen below - as well as the best betting odds.

Plymouth Argyle will be looking to improve on their last outing here following the 3-0 League One loss in their previous game against Shrewsbury Town.

The only scorer from Plymouth Argyle was Will Aimson (52' Own goal). Shaun Whalley (77') and Nathanael Ogbeta (81') scored for Shrewsbury Town.

In their preceding six fixtures, Ryan Lowe's Plymouth Argyle have celebrated scoring 6 times which gives them an average number of goals scored per match of 1.

Looking at their past form shows that Plymouth Argyle:

Hull City go into this meeting following on from a 3-0 League One win to defeat Northampton Town in their last match.

In their last 6 outings, Hull City have helped themselves to a tally of 12 goals. The Tigers have also not failed to score in every single one of those games. During those fixtures, they have had 4 goals scored by their opponents. We shall soon find out if that trend can be sustained into this next match.

Going into this contest, Hull City are undefeated in their previous 6 league matches away from home.

An examination of their prior head to head clashes stretching back to 09/12/2006 shows us that Plymouth Argyle have won 4 of these & Hull City 2, with the tally of drawn matches standing at 0.

A total of 16 goals were yielded between them during those clashes, with 9 of them for The Pilgrims and 7 for The Tigers. This gives an average number of goals per game equal to 2.67.

The last league contest between these clubs was League One match day 4 on 03/10/2020 when it ended Hull City 1-0 Plymouth Argyle.

The referee was Rob Lewis.

Nearly everyone is up for selection, with just the lone fitness concern for the Plymouth Argyle boss Ryan Lowe to be concerned about thanks to an almost full-strength group of players. George Cooper (Knee Injury) is sidelined.

Thanks to a fully healthy squad available to select from, Hull City boss Grant McCann does not have any fitness concerns at all before this clash.

We’re thinking that Plymouth Argyle might need a bit of good fortune to see themselves scoring against this Hull City outfit who we think will likely manage to get a goal of their own in a winning performance.

Our tip is therefore for a hard-fought contest, finishing with a 0-1 victory for Hull City after 90 minutes. 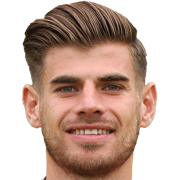 Customarily taking to the field in the Centre Midfield position, Joe Edwards was born in Gloucester, England. After having made a senior debut playing for Bath City in the 2010 - 2011 season, the talented Midfielder has hit 5 league goals in the League One 2020 - 2021 campaign so far in a total of 33 appearances.

We have made these Plymouth Argyle v Hull City predictions for this match preview with the best intentions, but no profits are guaranteed. Please always gamble responsibly, only with money that you can afford to lose. Best of luck.