Scroll down to see all of the predictions, poll and statistics for Newell´s Old Boys v Huracán - as well as the best betting odds.

Newell´s Old Boys will be hoping for a repeat of their last result, following a 1-2 Superliga success over Lanús.

Their prior results show that Newell´s Old Boys:

After being beaten in their last game against Independiente in Superliga action, Huracán and their fans will hope to get a better result this time.

It has become apparent that Huracán have suffered from a shortage of goals over their last 6 clashes, netting the poor return of only 4. In those matches, El Globo / Los Quemeros have also seen the overall goal tally against them equal 3.

Their prior results show that Huracán:

A review of their most recent head to head clashes stretching back to 16/04/2016 tells us that Newell´s Old Boys have won 4 of them & Huracán 1, with the tally of drawn games being 1.

A sum of 16 goals were yielded between them during those clashes, with 11 of them from La Lepra and 5 created by El Globo / Los Quemeros. That’s an average goals per game figure of 2.67.

The Newell´s Old Boys boss Fernando Gamboa does not have any fitness worries at all ahead of this match owing to a completely injury-free group to choose from.

Due to a mostly healthy group, there’s only the lone fitness issue for the Huracán gaffer Frank Kudelka to contend with. Walter Pérez (Meniscal Injury) misses out for this game.

Here, we’re thinking that Huracán could well find it tough to break down this Newell´s Old Boys lineup who we think will get a goal themselves and run out victorious.

We’re therefore anticipating a good battle with a 1-0 winning score for Newell´s Old Boys at the end of the match. 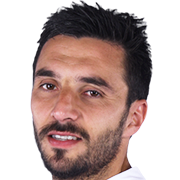 Normally playing in the Striker position, Ignacio Scocco was born in Santa Fe, Argentina. After making a first senior appearance for Newell´s Old Boys in the 2003 - 2004 season, the skilful Forward has managed to score 4 league goals in the Superliga 2021 season so far in a total of 11 appearances.

We have made these Newell´s Old Boys v Huracán predictions for this match preview with the best intentions, but no profits are guaranteed. Please always gamble responsibly, only with money that you can afford to lose. Good luck with your selections.