AIK will do battle with visiting rivals Degerfors IF at Friends Arena in the Allsvenskan match on Sunday.

Full predictions, stats & game poll for the AIK v Degerfors IF match are shown here (including the best match odds).

AIK won’t want a repeat of their last result here after the 2-0 Allsvenskan losing effort in their last game against Varbergs BoIS.

In that game, AIK managed 61% possession and 14 attempts at goal with 4 on target. For their opponents, Varbergs BoIS got 15 shots on goal with 5 of them on target. Robin Tranberg (78') and Filipe Sissé (80') scored for Varbergs BoIS.

It’s not been often in recent times that AIK have kept a clean sheet. The facts show that AIK have failed to prevent opponents from scoring in 5 of their previous 6 games, shipping 9 goals in the process. We will have to see whether or not that trend will be sustained here.

Leading up to this clash, AIK:

Last time out, Degerfors IF drew 0-0 in the Allsvenskan tie with Mjällby AIF.

Heading into this fixture, Degerfors IF have not won away from home in their last 7 league games.

The last league contest featuring these sides was Allsvenskan match day 11 on 26/06/2022 when the final score was Degerfors IF 1-1 AIK.

On that occasion, Degerfors IF managed 44% possession and 16 attempts on goal with 6 on target. Their only player on the scoresheet was Nikola Đurđić (13').

The AIK boss Henok Goitom will be thankful to have no fitness concerns to speak of ahead of this clash with a fully injury-free group to pick from.

With a fully injury-free group to choose from, the Degerfors IF manager Tobias Solberg does not have any fitness worries whatsoever ahead of this clash.

In this match, AIK can and should see a lot of the ball and convert quite a few goal-scoring opportunities.

At the other end, Degerfors IF may well struggle to break down their defence although we do see them managing to get on the scoresheet.

We can therefore see a decent 3-1 win for AIK when the full-time whistle blows. 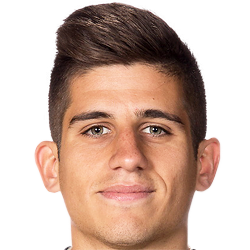 Normally played in the Striker position, Nicolás Stefanelli was born in Quilmes, Argentina. Having played his first senior match for Defensa y Justicia in the 2016 - 2017 season, the dangerous Forward has scored 7 league goals in this Allsvenskan 2022 season to date in 21 appearances.

While we have made these predictions for AIK v Degerfors IF for this match preview with the best of intentions, no profits are guaranteed. Always gamble responsibly, and with what you can afford to lose.