Djurgårdens IF will arrive at Finnvedsvallen on Sunday for the Allsvenskan clash with hosts IFK Värnamo.

All IFK Värnamo v Djurgårdens IF match predictions, user poll and stats are shown below (inc. the best betting odds).

IFK Värnamo enter this fixture coming off the back of a 0-0 Allsvenskan drawn game versus Djurgårdens IF.

It has not been often in recent games that IFK Värnamo haven’t conceded. In fact, IFK Värnamo have failed to prevent opponents from scoring in 6 of their previous 6 clashes, giving up 14 goals during that time.

Going into this contest, IFK Värnamo are without a home win in the past 2 league games.

Over the course of their previous six clashes, Djurgårdens IF have helped themselves to a total of 16 goals. Djurgårdens IF have also scored on each one of those occasions. During those fixtures, they have seen 3 goals scored by their opponents. It will be interesting to see whether or not that trend can be sustained in this game.

Ahead of this meeting, Djurgårdens IF haven't been defeated in their previous 3 away league matches.

The last league fixture featuring the two was Allsvenskan match day 14 on 16/07/2022 when the final score was Djurgårdens IF 5-0 IFK Värnamo.

On the other side, IFK Värnamo had 10 attempts on goal with 1 of them on target.

The IFK Värnamo manager Kim Hellberg has zero fitness concerns whatsoever ahead of this game thanks to a fully injury-free squad to pick from.

Owing to a completely injury-free group ready to go, the Djurgårdens IF manager Kim Bergstrand has zero fitness worries at all ahead of this clash.

We believe that IFK Värnamo will likely create enough chances to score against this Djurgårdens IF outfit, although just one goal might not be as many as the goals that they could concede.

We’re therefore tipping a very close game with a 1-2 advantage for Djurgårdens IF at the end of the 90 minutes. There shouldn’t be much in it, either way. 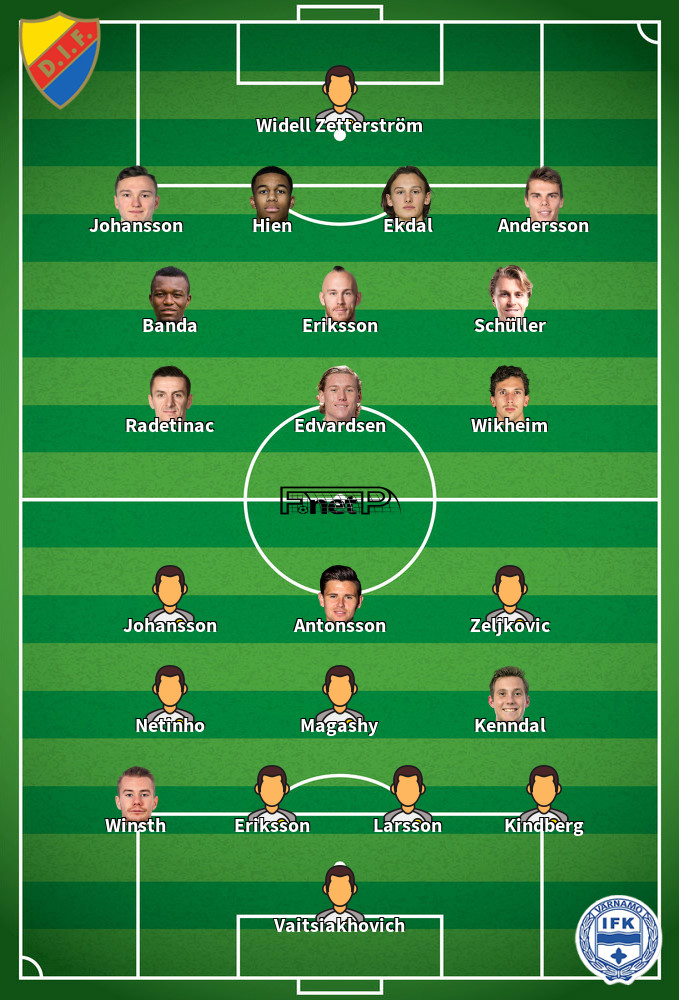 Mostly taking to the field in the Centre Midfield position, Abdussalam Magashy was born in Nigeria. Having made a first senior appearance for IFK Värnamo in the 2022 season, the accomplished Midfielder has scored 2 league goals in the Allsvenskan 2022 campaign to date in 16 appearances.

While we have made these predictions for IFK Värnamo v Djurgårdens IF for this match preview with the best of intentions, no profits are guaranteed. Always gamble responsibly, and with what you can afford to lose. Best of luck.