IFK Göteborg face off with visiting club Varbergs BoIS at Gamla Ullevi in the Allsvenskan clash on Sunday.

Our predictions, user poll and statistics for IFK Göteborg v Varbergs BoIS can be found here (plus the best game odds).

IFK Göteborg enter this game following on from a 1-1 Allsvenskan drawn match versus Varbergs BoIS.

Fewer than three goals per match were recorded in 5 of the last 6 meetings where IFK Göteborg have been participants. Regarding the goal distribution in that period, their opponents scored a total of 5 while IFK Göteborg managed the sum of 5.

It is worth noting that Varbergs BoIS have suffered from a shortage of goals in their past six encounters, contributing the poor return of just 3. In those matches, Varbergs have also seen the overall goal aggregate against them equal 9. Such a pattern isn’t assured to be continued here, though.

Coming into this meeting, Varbergs BoIS are without an away win for the past 2 matches in the league.

A look at their prior head-to-head clashes dating back to 17/02/2018 shows us that IFK Göteborg have won 3 of these and Varbergs BoIS 2, with the tally of drawn results standing at 1.

An aggregate of 12 goals were scored between the two sides during those clashes, with 6 of them from Blåvitt and 6 belonging to Varbergs. The average goals per game has been 2.

The previous league contest between the two was Allsvenskan match day 16 on 23/08/2021 when it ended IFK Göteborg 1-2 Varbergs BoIS.

On that day, IFK Göteborg managed 63% possession and 12 attempts on goal with 3 on target. The scorer was Robin Söder (92').

For their opponents, Varbergs BoIS had 5 shots at goal with 2 of them on target. Robin Tranberg (6') and Ryan Moon (49') scored.

The IFK Göteborg boss Mikael Stahre will be grateful not to have any fitness concerns at all coming into this match thanks to a fully injury-free squad available for selection.

With a fully healthy group available to select from, the Varbergs BoIS boss Joakim Persson does not have any fitness concerns to report coming into this match.

We’ve got the feeling that Varbergs BoIS certainly have the ability to score against this IFK Göteborg team, although it is unlikely to be enough to avoid defeat.

Our selection here is for a narrow 2-1 winning score for IFK Göteborg at the end of the 90 minutes. Let’s just see how this one goes. 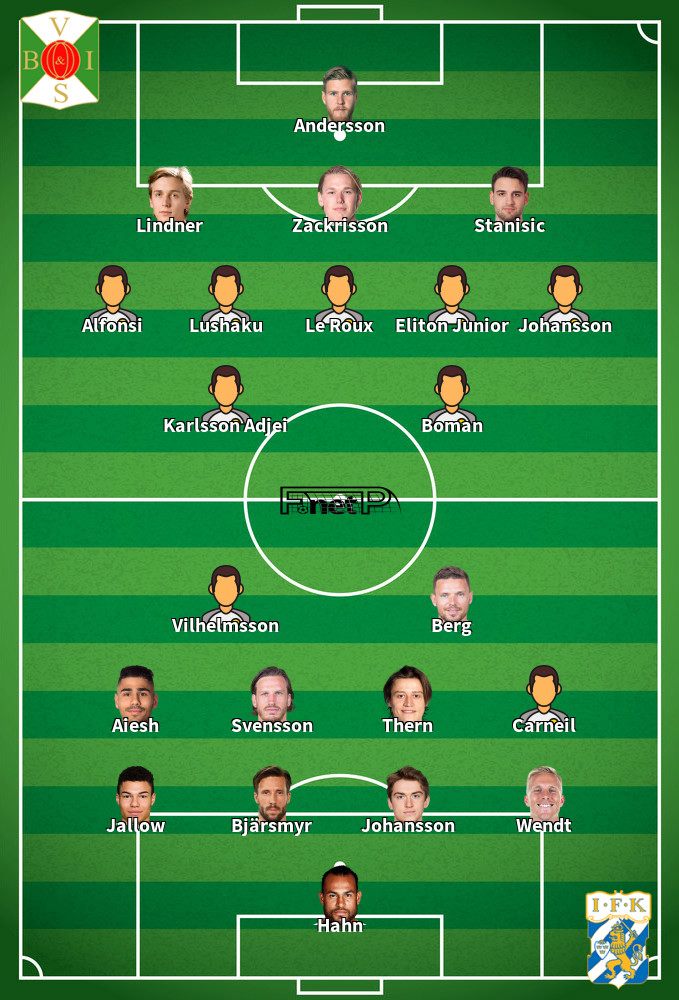 Usually playing in the Striker position, Oscar Vilhelmsson was born in Sweden. Having played his first senior match for IFK Göteborg in the 2020 season, the accomplished Forward has managed to score 2 league goals in this Allsvenskan 2022 season so far in 7 appearances.

While we have made these predictions for IFK Göteborg v Varbergs BoIS for this match preview with the best of intentions, no profits are guaranteed. Always gamble responsibly, and with what you can afford to lose. Best of luck with your selections.