IK Sirius line up against visiting team Kalmar FF at Studenternas IP in this Allsvenskan match on Saturday.

All IK Sirius v Kalmar FF match predictions, user poll and stats are shown below (plus the best game odds).

IK Sirius will be hoping for a repeat of their last result, following a 1-2 Allsvenskan success over BK Häcken.

In that match, IK Sirius managed 48% possession and 16 attempts at goal with 5 on target. For IK Sirius, the goals were scored by Christian Kouakou (11') and Marcus Mathisen (52'). At the other end, BK Häcken had 27 shots on goal with 12 of them on target. Alexander Jeremejeff (79') was the scorer for BK Häcken.

IK Sirius haven’t had any problems with scoring, hitting the target in each and every one of their last 6 games.

They have totted up the amount of 8 during that time while also conceding a total of 5. That pattern won’t necessarily be continued into this game, though.

Their past results show that IK Sirius:

Kalmar FF go into this encounter following on from a 1-0 Allsvenskan win in the defeat of Örebro SK in their last match.

Throughout their six previous matches, Henrik Rydström's Kalmar FF have fired home a total of 5 times, yielding them the goals per game average of 0.83.

Coming into this clash, Kalmar FF are unbeaten in their previous 4 league matches away from home.

A glance at their prior head-to-head meetings going back to 14/05/2018 tells us that IK Sirius have won 2 of them & Kalmar FF 1, with the number of draws standing at 3.

In all, 14 goals were yielded between them in this period, with 9 for Blåsvart and 5 coming from Röda bröder. That’s an average goals per game figure of 2.33.

The previous league meeting featuring these sides was Allsvenskan match day 26 on 01/11/2020 when the final score was IK Sirius 2-2 Kalmar FF.

That day, IK Sirius managed 74% possession and 16 attempts on goal with 5 on target. The goals were scored by Axel Björnström (17') and Mohammed Saeid (31').

The referee was Kristoffer Karlsson.

IK Sirius manager Daniel Bäckström will be grateful to have no fitness concerns to speak of coming into this match with a fully injury-free squad available to choose from.

Thanks to a fully healthy squad to choose from, Kalmar FF boss Henrik Rydström does not have any fitness concerns whatsoever ahead of this match.

Our thinking is that Kalmar FF will have to work hard as a team to break down this IK Sirius side who we reckon should manage to score & go ahead.

With that in mind, we reckon that it will be a very even match with a 1-0 victory for IK Sirius at the end of the match. 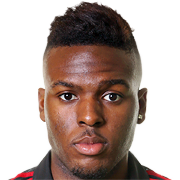 Mostly deployed in the Striker position, Christian Kouakou was born in Solna, Sweden. Having played his first senior match for AIK in the 2011 season, the skilful Forward has managed 2 league goals in the Allsvenskan 2021 campaign to date from a total of 3 appearances.

We have made these IK Sirius v Kalmar FF predictions for this match preview with the best intentions, but no profits are guaranteed. Please always gamble responsibly, only with money that you can afford to lose. Good luck if you do place a bet today.