There is Scottish Cup action scheduled for Tuesday as Inverness C.T. take on Queen's Park.

Scroll down to see all of the predictions, poll and statistics for Inverness C.T. v Queen's Park - plus the latest betting odds.

Inverness C.T. go into this fixture following on from a 2-2 Championship drawn game vs Raith Rovers.

Matches involving Inverness C.T. have usually been engaging ones of late with high scoring being a real hallmark. Over their past six games, a total of 24 goals have flown in for both sides combined (at an average of 4 goals per game) with 13 of them being chalked up by Inverness C.T. That pattern might not be sustained into this match, however.

Since suffering a loss in their previous game against Dundee in Championship competition, Queen's Park and their fans will hope to get a better result this time.

The trend of at least one side getting a clean sheet in games involving Queen's Park has been fairly consistent recently. Looking at their last 6 outings reveals that it has occurred 5 times. In those clashes, their opponents have hit a goal total of 5 and Queen's Park have scored 12.

A review of their most recent head to head clashes going back to 23/11/1996 tells us that Inverness C.T. have won 3 of them & Queen's Park 1, with the number of drawn matches being 2.

A total of 14 goals were scored between them during those clashes, with 8 for Caley Thistle and 6 netted by The Spiders. That’s an average goals per game of 2.33.

The referee was Steven McLean.

The Inverness C.T. manager Billy Dodds has zero fitness worries whatsoever coming into this match owing to a fully injury-free squad to choose from.

Owing to an otherwise full-strength group, there’s just the lone fitness worry for the Queen's Park manager Owen Coyle to be concerned with. Liam Brown (Knock) misses out for this game.

Looking at these two, we feel that Queen's Park and Inverness C.T. may well find themselves both scoring in what promises to be a very even battle here.

Will be interesting to see how this one goes, with a good chance of a draw. We’re therefore anticipating a 1-1 scoreline when all is said and done. 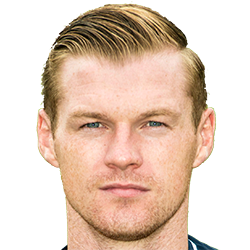 Mostly taking up the Striker position, Billy McKay was born in Corby, England. After making a first senior appearance for Northampton Town in the 2009 - 2010 season, the gifted Forward has managed 9 league goals in this Championship 2022 - 2023 season so far from a total of 20 appearances.

While we have made these predictions for Inverness C.T. v Queen's Park for this match preview with the best of intentions, no profits are guaranteed. Always gamble responsibly, and with what you can afford to lose.