Telstar line up against visitors Jong AZ at BUKO Stadion in the Eerste Divisie match on Friday.

View all Telstar v Jong AZ tips, stats and our pre-match poll below (including the best match odds).

Telstar fans will want a repeat of their previous result, being the 0-1 Eerste Divisie success versus FC Dordrecht.

Fixtures with Telstar have often been lively affairs recently with a lot of goalmouth action being a real hallmark. Over their past half dozen games, the sum total of 20 goals have gone in for both sides combined (at an average of 3.33 goals per game) with 7 of these accredited to Telstar. We will see if that trend will be continued on into this next match.

Following on from a losing effort in their last game against Den Bosch in Eerste Divisie action, Jong AZ and their travelling fans will hope for a better result here.

During their six latest matches, Maarten Martens's Jong AZ have slotted home 7 times, yielding them a goals per game average of 1.17.

Checking on their past head to head clashes dating back to 10/12/2018 shows that Telstar have won 3 of these and Jong AZ 0, with the number of drawn games being 3.

13 goals were produced between them in these games, with 9 of them from Witte Leeuwen and 4 coming from Jong AZ. That’s an average goals per game of 2.17.

The previous league match between these clubs was Eerste Divisie match day 21 on 22/01/2021 when it ended Telstar 2-2 Jong AZ.

Thanks to a fully healthy squad ready to go, the Jong AZ boss Maarten Martens has no fitness concerns to report before this game.

In our view, Jong AZ and Telstar should both be able to find the back of the net at least once here although it’s difficult at this stage to select a clear winner.

While there should be goals at both ends, it’s too close to call. We therefore think that it’s going to be a very competitive game with a 2-2 score draw at the end of the 90. 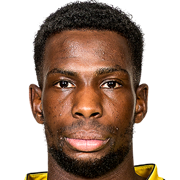 Mostly taking up the Left Wing position, Gyliano van Velzen was born in Netherlands. Having made a first senior appearance for FC Utrecht in the 2013 - 2014 season, the gifted Forward has accumulated 2 league goals in the Eerste Divisie 2021 - 2022 campaign to date in a total of 6 appearances.

While we have made these predictions for Telstar v Jong AZ for this match preview with the best of intentions, no profits are guaranteed. Always gamble responsibly, and with what you can afford to lose.